Ahafo Anwiam residents run to Kumasi over insecurity, call on IGP, others to intervene 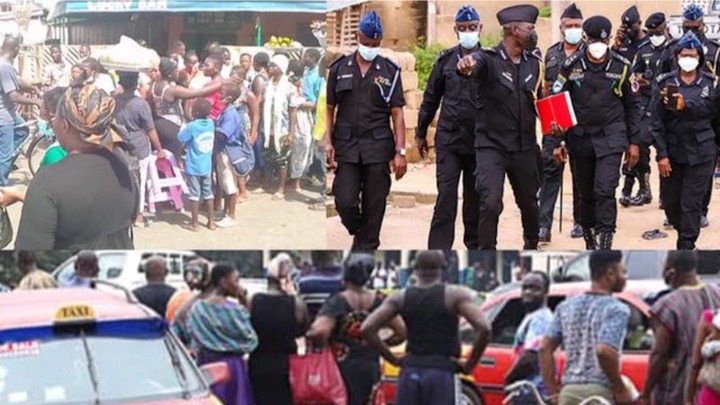 Some residents of the Anwiam in the Asunafo South district in the Ahafo region have currently ran to seek refuge in Kumasi due to the dangerous of their lives.

These aggrieved youth of Ahafo Anwiam whose lives are currently in danger are mounting pressure on IGP Dr. George Akuffo Dampare to expedite action to effect the immediate arrest of a person they have identified as Yaw Osei a.k.a "Junior".

They alleged that the latter has for some time now been terrorizing them in the area.

They taking the matter up to the IGP via the media, according to them, is premised on the failure on the part of the Asunafo South district police command to clamp down the perpetrator, despite reporting their ordeal to the police.

Addressing the press in Kumasi, leader of the five victims who suffered brutalities few days ago at the hand of the same perpetrator "Junior" brought to bare that he "Junior" together with other perpetrators sometimes arm themselves and attack innocent residents in the area even at gun point without any reason.

He said he pulled him out at gun point amidst threats of killing his child if he resists.

Another victim who identified himself as Kwaku Mensah also informed the press on how the same "Junior" and other 8 guys manhandled him at the time he was escorting a friend.

"The police will not take any action so I decided not to report the case at all". He sadly revealed.

Considering how their lives are under threat, all the five victims according to intelligence have left the community to Kumasi for the sake of their safety.

They have therefore called on the IGP, their regional minister and other security agencies to as a matter of urgency intervene to address the situation before things get out of hand.