By Kumbundoo (self media writer) | 11 months ago

Police in Odumasi Krobo in the Eastern Region have arrested a student of the Akro Senior High Technical School after he mounted an assault on his teacher and thereafter stabbed a security guard who attempted to arrest with the hope of handing him over to the police. The Student who was picked up last Friday have since been granted bail but his arrest sparked protest among students which forced the closure of the school with police reinforcement to maintain calm. 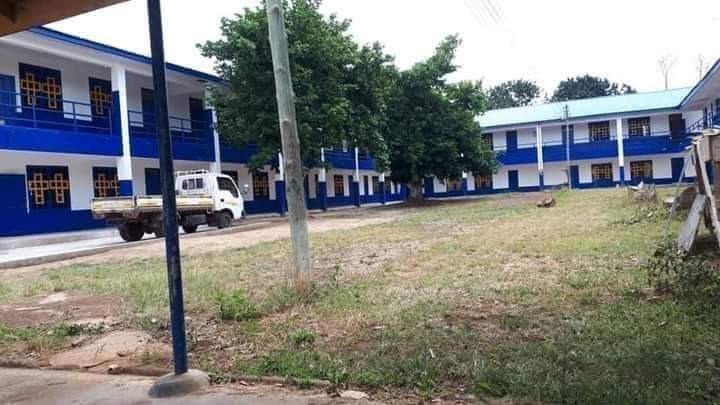 According to eyewitnesses, the student and his allies were making noise to disturb their colleagues who were writing exams, the teacher whose identity has not been revealed asked them to keep quiet for which the assailant got angry and beat him out of consciousness. The injured security man who saw the incident intervene, overpowered the student but was stabbed with a broken bottle before the student voluntarily left the school into the community. He later reported with his family member to apologise for his actions but authorities called in the police to arrest him.

The arrest of the student sparked a protest as his colleagues adorned red armbands and started destroying school properties demanding the release of the abusive students. However, the police according to the district police commander in the Odumase Krobo area effected the arrest to drum home the message that they were wrong in their actions.