By Peccuy (self media writer) | 4 months ago

HEY THERE LOVELY ONE

IN THIS EPISODE, I WILL BEGIN A STORY THAT WILL CONTINUE IN EPISODES

IT PROMISES TO BE FUN 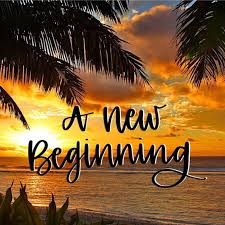 Roy walked to the house as his body had been drenched with sweat from another fruitless job hunting, he greeted Mr. Williams before heading to the bathroom to wash off the sweat away from his athletic body..

Seeing Roy face which was moody as he walked in, Mr. William knew he didn’t make progress in his quest for getting a job, sometimes he wished he had sent him to a higher institution, but this was where his money could take him, ” Roy deserve better” he thought to himself as he brought out one of his old newspaper inside his cupboard beneath his couch, he was going through the front page before he heard a knock on the door ” who is that” he asked folding the paper and heading to the door. ” it’s me” Nina said from outside.

“oh!!!!! Nina how are you doing ” Mr. Williams asked cheerfully as he opened the door.

“maybe I will just come back later,” she said and walked away.

Minutes later Roy walked to the sitting room and sat on the couch pressing his mobile phone.

”so how was it,” Mr. Williams asked. He already knew what his answer to his question but he chose to hear it from his mouth.

“that’s okay, just keep on searching, you will find one soon, I just have this fate,” he said with an optimistic voice.

”by the way Nina came looking for you, I told her you just came back so she decided she will come back ” Mr. Williams added.

” Okay I will see her later ” Roy answered still glued to his mobile phone.

” by the way, are you dating her? ” he asked Roy, shocked by his question.

” Why don’t you date her, she is a nice girl, so many people thought you guys are dating even me until now,” Mr. William said. Roy was not surprised, he knew most people thought of them as a couple but he didn’t care what they think, Nina was a nice girl.

” Why don’t you date Nina,” his words echoed in his head.

“she is my best friend ” Roy replied evasively while Mr. Williams shrugged in resignation. He knew he loves Nina but he was not sure if he had any feelings for her maybe it was sisterly love. ***** Time shall tell**** …

After returning from the market, she went home to take her bath before she will be visiting Roy, she was in her room dressing up before she heard a knock on her door, she went to open it, thinking it was Roy, but to her dismayed it was Victor who had been following her around like a stubborn fly, she had told Intermittently that she doesn’t like him and will never date him, but Victor was not someone who accepts defeat easily.

“what do you want ” Nina questioned with arm akimbo.

” take it easy, I came to see you ” he replied with a smile, a smile that irritates her.. Victor was not handsome nor was he ugly.

” for what,” she asked staring at him in disdain.

” -to know – – if you’ve accepted to be my girlfriend ” he stammered foolishly while Nina burst into laughter..

” in your dreams ” she hissed and jammed the door.

” I shouldn't be a girlfriend to a tout and a drunk,” she said to herself .. Thinking of victor’s proposal disgust her.

She finishes dressing and went to her standing mirror to add a little makeup on her face, she gazed at her reflection from the mirror and smiled to herself. She was beautiful, she had the shape of Rhianna, with a nice curve and Hazel eyes which Roy admired about her.

She wished Roy could just ask her to be his girlfriend, she so much like him, she knew he liked her, but she was not sure he feels the same way towards her...

Roy went to Nina’s house, they were staying in 4 bedroom flat, her parents were not poor neither were they rich, they were average as some people will say. Although Nina was a graduate, she graduated last year, she and Roy were age mates just that Roy was older than her by just 3 months. She had been helping him with finances, sometimes Roy feels ashamed to collect money from her but she does persuade him, telling me” it’s for the main time”…

He got to her house and knock at her door, the door flung open while Nina quickly gave him a welcoming hug...

“Are you going somewhere,” Roy asked scrutinizing the way she was dressed.

” not really, I would like you to take me out ” she smiled while Roy shrugged...

” don’t worry, the bill is on me ” she added while Roy looked down dejectedly.

” You shouldn’t be doing this ” Roy murmured.

” let’s go,” she said not wanting to reply to his question.

They left for an eatery where they ate and discussed before they decided to call it a day. Nina was just hoping Roy could summon courage and ask her to be his girlfriend, but she was disappointed when he never mentioned it. “there is still time, he won't have a girlfriend yet ” she consoled herself…

Roy walked her to her house before heading to his, he got to his room and drafted to a dreamless slumber.

He woke up the next morning in search of a job…

He went to Vitoria Island searching for factory work, but couldn’t find any, they all gave the same flimsy excuses which was ” we don’t need people we are complete” he retired and was walking home, he saw a poster which reads” security guard ” he walked past it, about 20 meters away he halted

” should I apply ” he thought to himself, he knew the job was below him, but he was tired of haunting for a job without progress, he quickly scrutinized the building, it was a duplex, he walked there and nock at the door.

Now stay tuned while i take you to the realms of love, deceit, betrayal, hatred, and death.