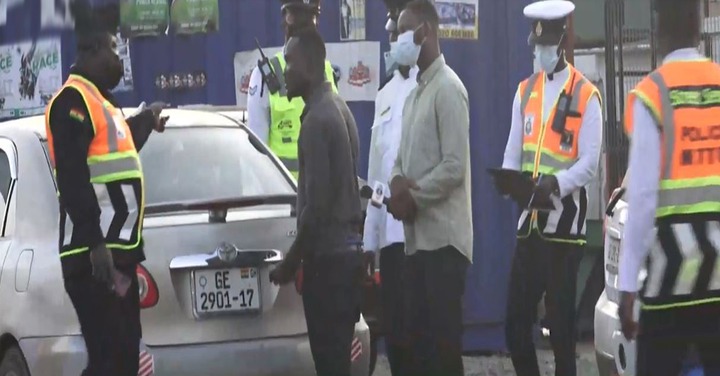 Drivers in particular mostly adopt different strategies to beat the police when they are on the road. Some of them put on sirens pretending to have emergencies in their vehicles but it later turns out to be a different story. Some of them use their hazards to signal danger and eventually make their way through the various police checkpoints.

Personnel from the Motor Traffic and Transport Directorate of the Ghana Police Service were present at Frafraho in the Greater Accra Region to carry out their normal road regulations operations. Drivers without the needed documents were arrested whilst others who drive on the shoulders of the road were also not spared. 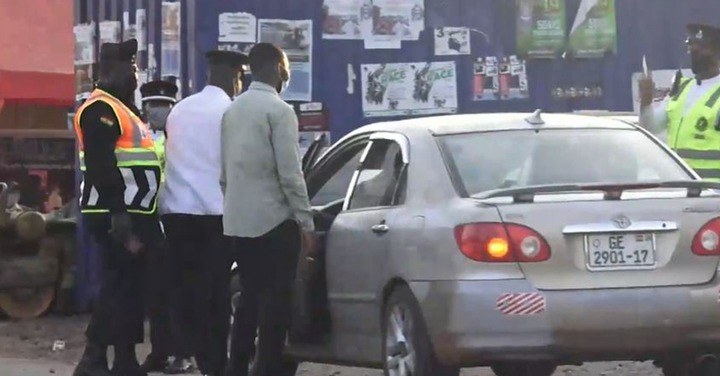 As the police were still there embarking on their normal duties, a vehicle with registration number GE 2901-17 was spotted coming on a top speed with signals to the police that there was a passenger in the vehicle who was seriously sick. With this, he needed an easy pass to send the sick person to the hospital. The police officers who were not convinced about the strange behavior of the driver ordered him to stop the vehicle.

About three officers moved to the vehicle and started asking questions, the driver could be seen explaining to the officers that there was a sick person in the car. It was at this point the police started interrogating him further. The direction where the driver was coming from had a lot of hospitals where he could have sent the sick person to receive treatment but he refused. 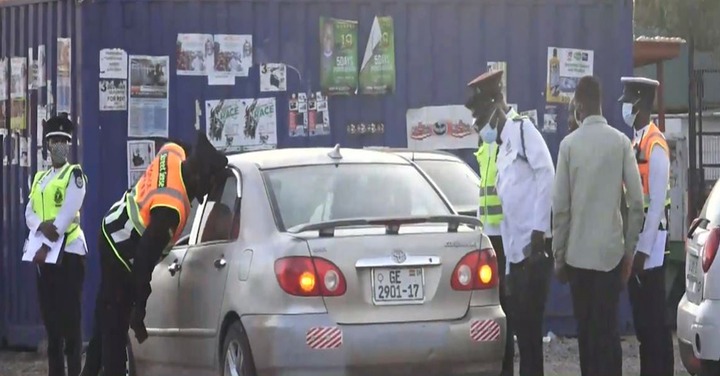 Upon further interrogations, the driver confessed that the passenger was not sick and that they wanted to beat the police presence and traffic. The police officers could be heard asking the driver why he lied. The Driver was subsequently arrested and will be in court to defend his case.

If the COP George Akuffo Dampare Led Police Command were not smart, the driver would have tricked them with a fake sick person. This is a clear indication that the police must be extra careful when they are on the road. Some of these drivers can easily smuggle weapons through the barriers without being detected.