By Kingsmedia (self media writer) | 1 month ago 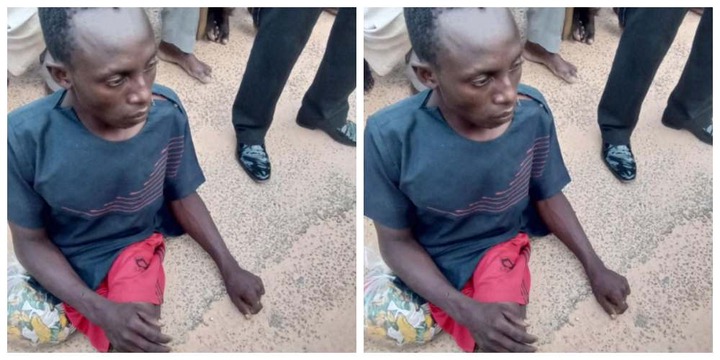 Buhari Haruna, a physically challenged man, was arrested by the Katsina State Police Command for attempted kidnapping for ransom. On Monday, September 20, he was paraded at the state police command for threatening and masterminding a kidnapping attempt on one Hamisu Salisu in the Kankia community.

On August 20, the suspect, who claimed to be a phone repairer, was said to have called his prime target on the phone and demanded N2 million to save himself and his family from being killed or kidnapped. According to the command, SP Issah Gambo, the suspect, while making the threat, was said to have revealed that his initial plan was to kidnap the victim's father but abandoned the idea when he realized the old man was sick and hospitalized.

Hamisu, who reported the incident to the police, was advised to cooperate with the suspect, who instructed him to drop the N2 million ransom at a specific location to save his family from kidnapping. Unbeknownst to him, the police had cordoned off the area, patiently waiting for the suspect to arrive to pick up the ransom, and as soon as he did, the police swooped in and arrested him. During interrogation, Buhari confessed to the crime, despite claiming that it was his first time.