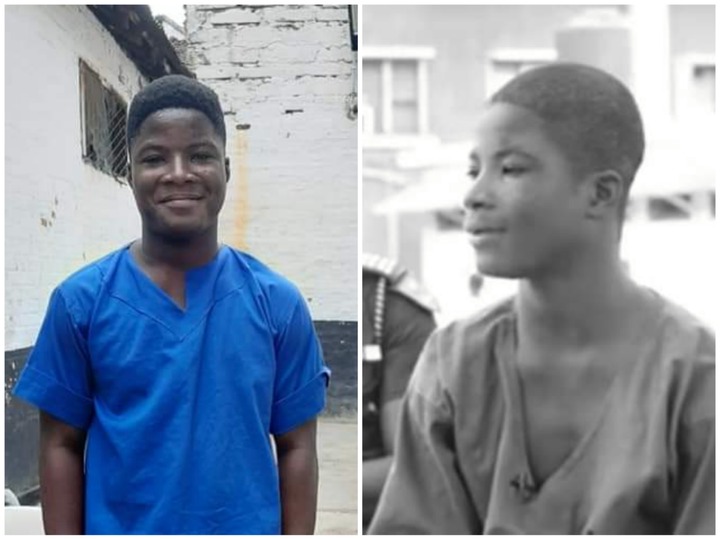 As written in the holy scriptures in Philippians 3:9 [and be found in him, not having a righteousness of my own that comes from the law, but that which comes through faith in Christ, the righteousness from God that depends on faith], young Maxwell Konadu never wallowed for the condemnation he suffered at the hands of an officer of the Criminal Investigation Department of the Ghana Police Service some three years ago. He claimed to have been wrongfully accused as an adult who defiled a sixteen (16) year old girl in his village at Tepa.

His story about how he had undergone spiritual enlightenment and transformation despite the plot to have him suffer for his 'sins' had inspired Crime Check Foundation to make a documentary of him. It is the second time the foundation had interacted with him, and the Executive Director, Ibrahim Oppong Kwarteng is super impressed.

For Maxwell Konadu his days spent in the Kumasi Central Prisons has been remarkable and fulfilling, an experience he noted had purposed his life. It was very intriguing hearing these positive remarks made about this confinement and restrictions on his rights and freedoms at a high level prison being described as fulfilling.

Indeed from the ages when he was sent to the prison, the looks of this poor kid would make you believe he might not survive there but the grace of God found him after the first documentary some three years ago. Touched by his sorry state and the prejudice and misjudgement he suffered, people volunteered to help him survive this sentence.

Today, he is full and hearty and one could hardly believe he is an inmate of the prison if he wasn't in his uniform. Mr. Oppong Kwarteng wondered what had kept him high spirited and looking good even in prison.

In his carefully chosen words, Maxwell Konadu answered that; "it seems there was a purpose for me coming here. It would have been bad if I hadn't come."

He added that many of the inmates "wonder why he gets so excited here."

"It is by God's grace. I never stopped going to church. Even in prison I attend church very often. Even three times a day or as much as I can.

"Not even the passing of my mother had kept me from attending church. I am grateful for what has happened so far," he emphasized.

Asked if his accusers had ever been in touch, Maxwell disclosed that they had sought for forgiveness with his grandparents when they heard my story the first time. He mentioned that they are forgiven for whatever wrong they committed against him.

"Those that did that with me cannot be traced. But the man who caused my arrest had come to my grandparents to seek forgiveness. He has been pardoned. Life has to go on," he concluded.

You can watch more of his testimony here.