(Finally): What Led To The Death Of Leticia Has Been Found From Her Recent Letter, Local Media Says

Following the Painful incident that happened in Bono Region, Precisely in the Sunyani area, where a 17-year-old girl allegedly committed suicide, there has been a lot of controversies concerning her death. Some local media has issued out reports of what actually led to her death, but it is pertinent to note that some people have wrongly passed information concerning her Demise. 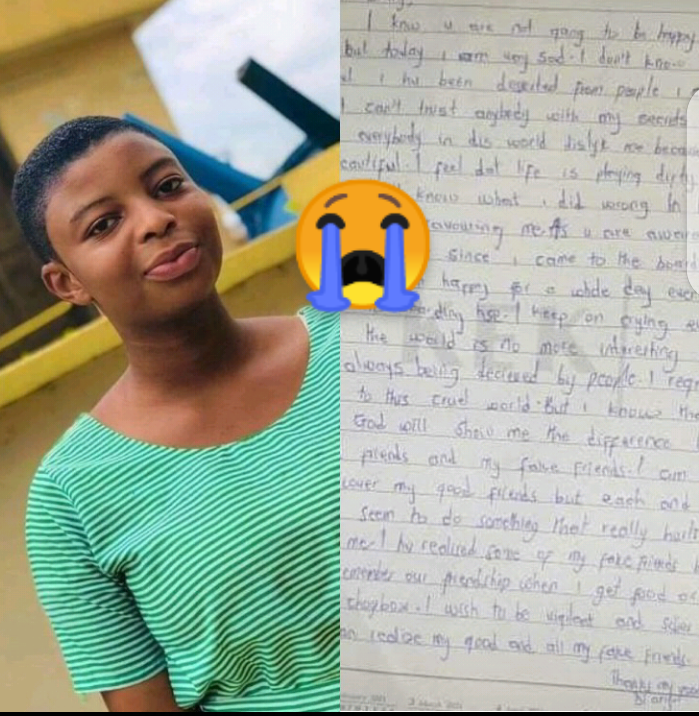 According to the information gathered by Local Media, the second year female Student whose name was given as Leticia Kyere Pinaman, a student of "Miracle Senior High School (SHS)", it was discovered that she left a letter (note), where she disclosed how hurt and how depressed she was.

However, late Leticia stated in her letter that she was deceived repeatedly, and that she regrets coming into this cruel world. And she believed that GOD will change her story to better.

Through the report gathered by Local media, she said:

"I have always been deceived in life, and I regret ever coming into this cruel world. But i strongly believe that GOD will change my story to better", Leticia stated in her letter. 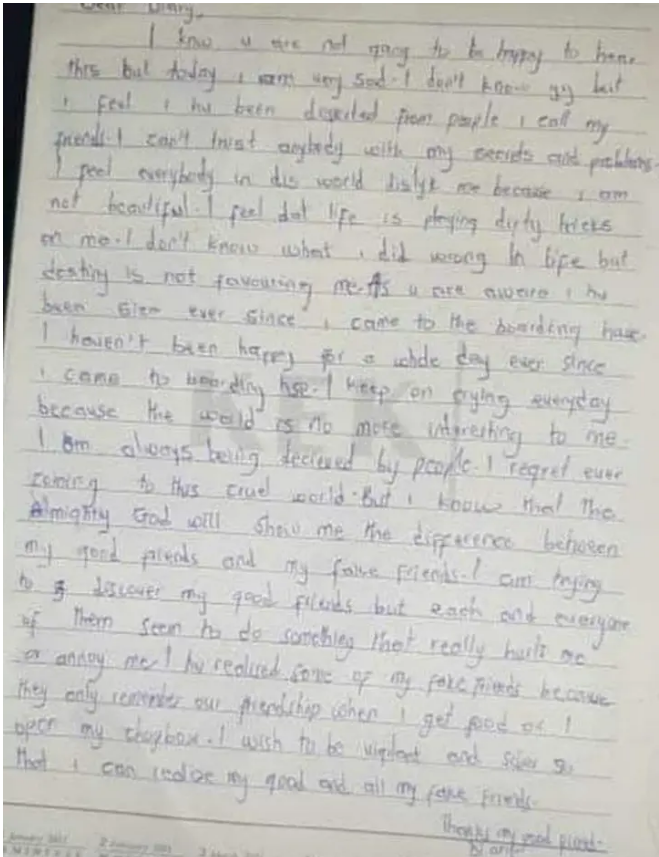 Furthermore, a clear picture from Leticia's diary added a different complication to the whole matter. As was seen through her written note, it is sad to believe that she was dejected and had no one she could call a friend. Adding that she thinks she is being treated unfair because she is not beautiful.

Meanwhile, a lot of Ghanaians stated that she was actually killed. Others added that it was all planned for it was a murder disguised to be suicide.

Below are the screenshots of some Ghanaians: 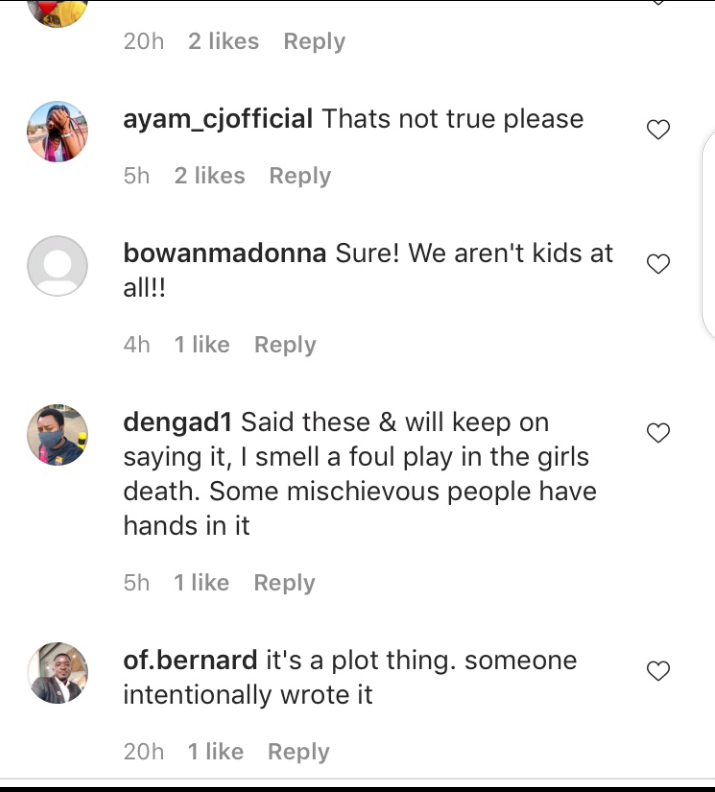 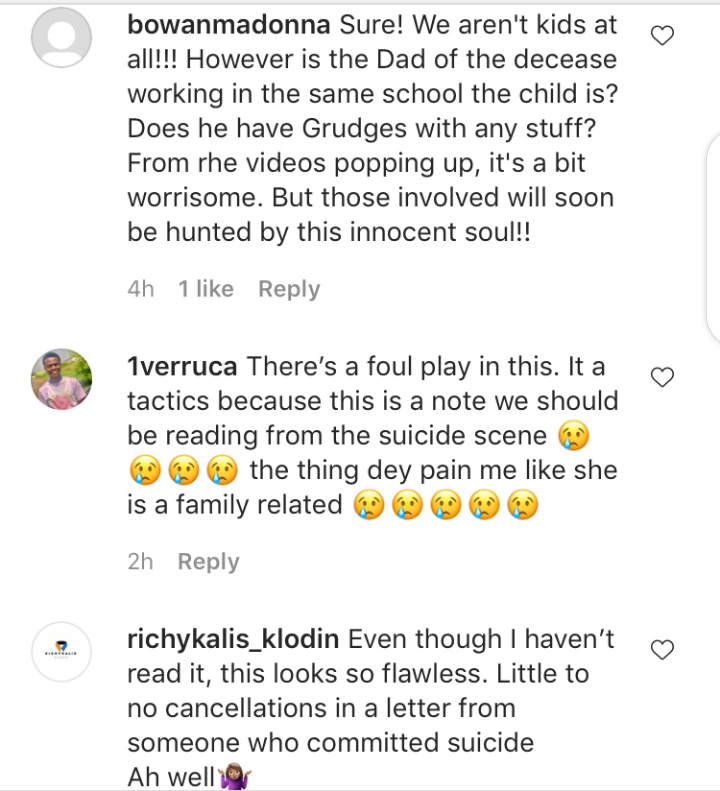 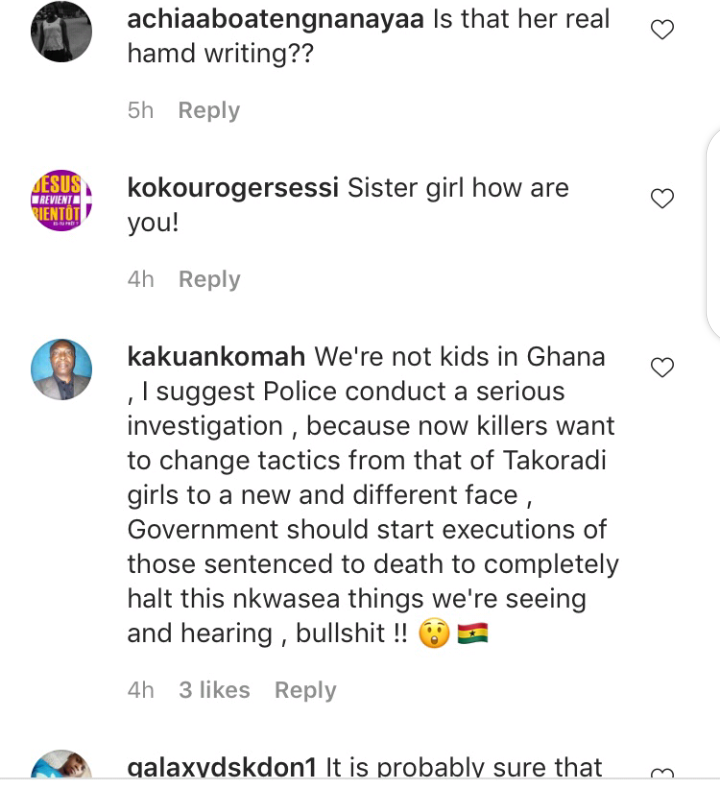 What is your thoughts over this?

Top 5 African Countries With The Most Curvy Women. Check Them Out With Photos.