Video. This uber driver described how he met a ghost in his car.

What occurs after death is one of the most debated topics in human history, as no one has ever died and returned to tell us what happens next. Some people believe that when we die, our spirit, which we often refer to as a ghost, leaves our body and travels to another location, whether it be hell or heaven. Others, however, do not believe in ghosts, despite the fact that some people do.

We've also heard from folks who claim to have had previous encounters with ghosts, and some have even described how it feels to meet a ghost by claiming to be paralysed by dread. But whether ghosts are real or not, we'll have to wait and see for ourselves. For now, we'll just have to listen to others who claim to have met them before and decide whether or not it's true, as this Uber driver claims he has. 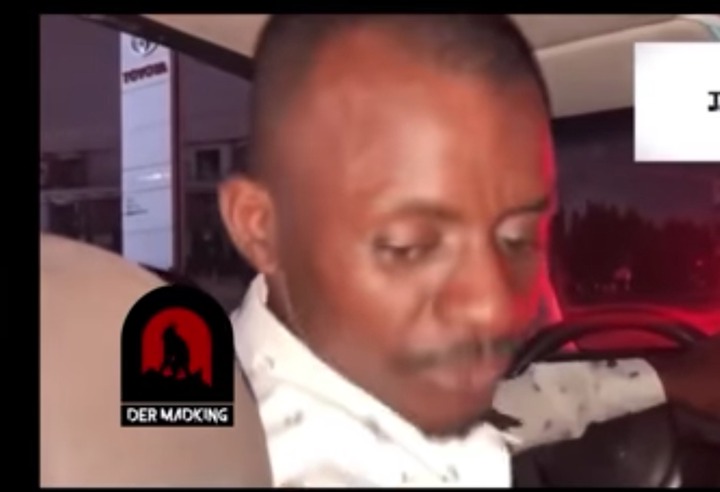 According to this Uber driver, he received an order and checked his phone's map to see where the request originated, which revealed that it was coming from the Awudome cemetery gate. Even though it seemed unusual to him because it was around 2 a.m., he still decided to go there and pick up the customer.

He claimed that he parked his car beneath a specific tree and dialed the number, but that it did not connect, so he waited. He then heard a voice from the rear seat telling him that they needed to leave. "I didn't know how the person got into the car because I didn't hear the door open, so I turned around and saw a fair lady sitting in the back seat," he explained. He also said that even though he had someone in the car with him, he didn't feel any extra weight because he claims that when you pick up a ghost, the car would appear to be empty even if there is someone in the car with you, which he knows because he has been a driver for a long time. Furthermore he claimed that he then realised the person was a ghost and became concerned, but that the person told him not to be concerned because she doesn't have an issue with him and that he should simply take her where she needed to go. He then drove her to East Lagon, where she was supposed to be.

Guys, Do you like dating sugar mummies? Here are 5 Tips to help you date an older woman

Very Sad Video: Agya Manu's Last Video Before He Passed On To The Land Of No Return Pops Out.

Dean of all MMDCEs kicked out. Check profile of replacement