Jake, a 4-year-old Ghanaian who became popular through memes and jokes

By VidaWorks (self meida writer) | 1 months

In our world, children become popular for one reason or the other. One of them is Jake , a young Ghanaian boy whom you might have seen on a meme. 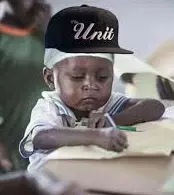 Jake in 2016 because of his story went viral and as a result many were properly educated.

At that time , Jake was four years old

This is the story of a small Ghanaian boy whose photo became viral through different memes in 2016 and as a result of that, through him, many Ghanaian children were able to be properly educated.

This is the story of young Jake.

In the year 2015 , a Aman known as Adufah who was an arts student visited a primary school. Jake used to school at this place.

Adufah shared his passion with the kids.Carlos Cartos , Adufah's friend took some pictures of the kids drawing. They took the pictures with them not knowing that one of them would be popular. 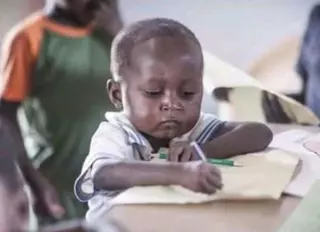 Adufah posted the pictures including that of Jake when he arrived in USA.

The name of this boy is Jake, as at that time, he was four years old. 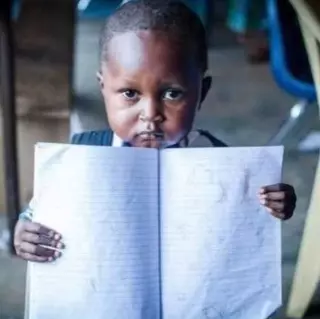 In year 2015, a man called Adufah who was studying arts decided to visit a Primary school in Ghana, the same school where the 4- year- old boy used to school to share his love for arts in the school.

The serious look and Jake's face and how passionately he was holding the pencil to draw drew people's attention to his pictures within hours. People started using it for memes and jokes .

Jake became popular since then and I know you have probably seen a meme with his picture. 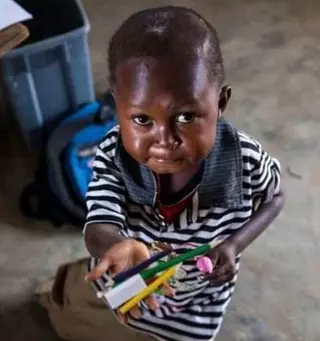 Content created and supplied by: VidaWorks (via Opera News )

Do we still have people to die for Ghana? - Reactions as protester leaves emotional message