"We Are Rastafarians Who Smoke Weed; We Don't Kill: Buduburam Residents Tells

By Discoverers_Gh (self meida writer) | 23 days 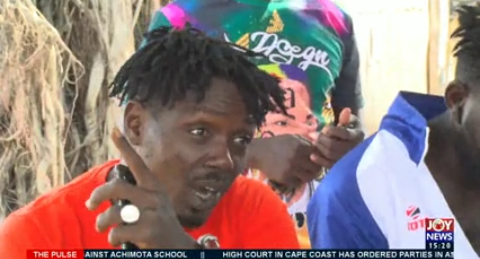 Killings and other crimes including armed robbery in Ghana recently is generally uncalled for, but the situation at Kasoa in the Central Region of Ghana, particularly in Buduburam, a refuge camp based in Kasoa is way beyond measure.

However, according to the residents of the refuge camp at Kasoa, the public is rather falsely accusing and tagging them as criminals and subsequently calling Buduburam a hotspot area of criminals and armed robbers.

Speaking to a Joy News reporter as part of Joy News' 'Crushed' documentary on the causes of the incessant occurrence of road accidents over the past five (5) years aired three days ago, a resident of Buduburam who is a Rastafarian said that they are weed smokers but that doesn't mean that they are killers or armed robbers.

"Everyone thinks that we are armed robbers just because we are all rastafarians. But I want to tell the public that we, the young people of Buduburam refuge camp here in Kasoa, are not criminals," he said.

"Let me tell you what a pregnant woman did to us just a few days ago. She sent someone to tell us that she wants us to go and rob a rich man inside Kasoa so that we can share the money. After the person left, I told a police friend of mine about it and so he quickly dressed like one of us and followed us to the pregnant woman's house. Thus, the police heard all the stuffs that the woman said and she was arrested by the police," the rastarman narrated.

He also said that the foremost reason why he reported the incident to the police was because they are not into such criminology. Secondly, the person the pregnant woman instructed them to go and rob is a powerful man of God, and so if they don't kill him, he will identify them.

Every one thinks that because we are weed smokers, we are killers, violent people and armed robbers. But that is not the case. This place is actually a peaceful place. It is outsiders who come to do bad things and later tag us to these incidents.

So dear reader, who do you think are the robbers in our communities, towns and cities? Are they necessarily weed smokers and the indecent rastafarians amongst us? Your comments are highly valuable.