Chilling Account Of How 4 Armed Robbers Made Away With $90,000 In A Deadly Heist 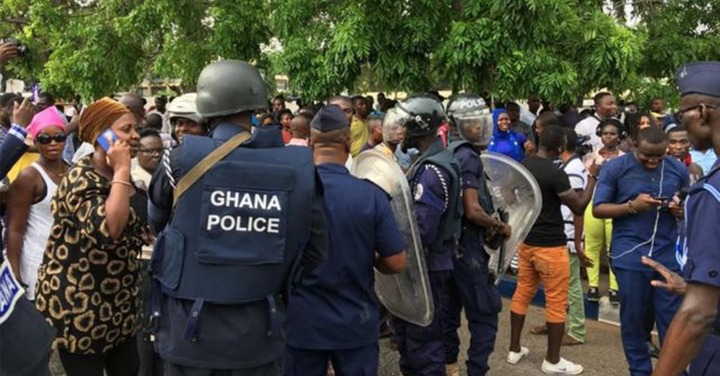 Residents of Pokuase in the Greater Accra Region of Ghana in one of the good days after a hard day’s work decided to as usual find rest in their various homes. There was a general calm in the community, however, residents were on the lookout for petty thieves since that have been the order of the day.

Just as everyone thought it was a good time to have a sound sleep, a gang of armed robbers appeared from nowhere. Everywhere was shaking and people close to the scene started looking for cover. But the armed robbers had a target and never bordered to chase anyone else. They moved straight to the residence of Oscar Moore, an alleged gold dealer who is said to be very popular in the area.

That was when the action began. With their sophisticated weapons, the armed robbers were ready to kill if Oscar refuses to oblige. They were however not after his life but the different currencies of money and gold bars in his possession. The four young armed robbers pointed their guns at him and commanded him to bring out all the goodies.

Feared for his life, Oscar obeyed their rules to avoid a deadly encounter, and the armed robbers started smiling at each other because the business had yielded profit. They robbed Oscar of 90,000 United States Dollars, 5,000 Euros, 20, 000 British pounds, and an unspecified amount of Ghana Cedis. They also made away with a set of customized jewelry and customized gold bars. They bolted with their guns. The incident happened on March 23, 2021. But why would Oscar keep such an amount of money with him at home? Maybe he will give answers someday. 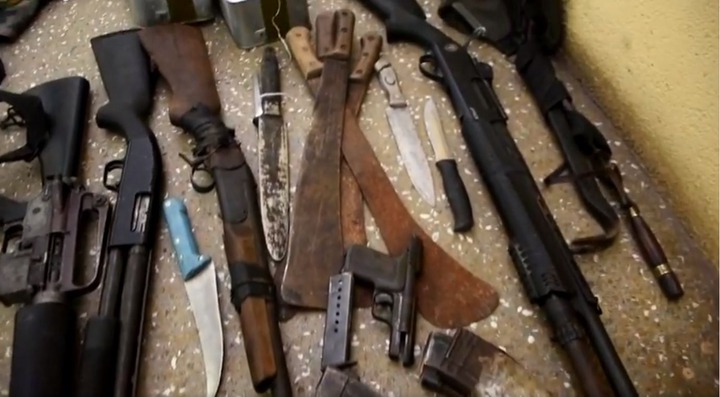 Weapons displayed by the Police

As a law-abiding citizen, Oscar logged an official complaint of his near-death attack to the Police who begun vigorous investigations. On June 1, 2021, one of the armed robbers, Collins Ayensu Arkosah who is popularly known as Cash Money decided to sell the Gold bars to another gold dealer at Adabraka in Accra but luck eluded him. The gold bars were customized and that caused serious suspicion. The police were called and cash money was nabbed. He confessed to the robbery and led the police to the hermitage of his accomplice. Two of them, John Afiamekpo who is also known as Apietus, and Yaw Badu who is popularly known as Churchill were also arrested on June 9, 2021. Their third suspect, Agya Yaw is on the run.

There are laws in the country and such persons must be made to face hefty punishments. God being so good, they were in court on June 28, 2021, and have been slapped with twenty years of hard labor each. This was after they had pleaded guilty to charges of conspiracy to commit a crime and robbery. The Director-General of the Criminal Investigation Department (CID) of the Ghana Police Service, COP Mr. Ken Yeboah confirmed the heist in a press conference. 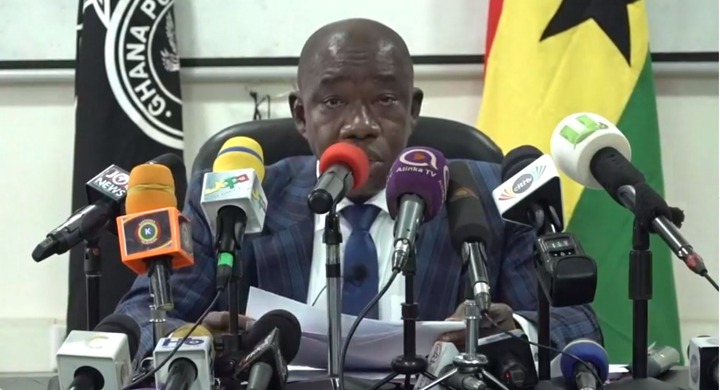 This is another great achievement by the police and must be commended. The rate at which they are dealing with armed robbers is a clear indication that criminal activities in the country will see a reduction. We must support them with information about persons who live in our communities with strange attitudes. Residents must be reminded that such monies must not be kept in their homes. That is why banks are there.