By Serwaa_Bernice (self meida writer) | 9 days 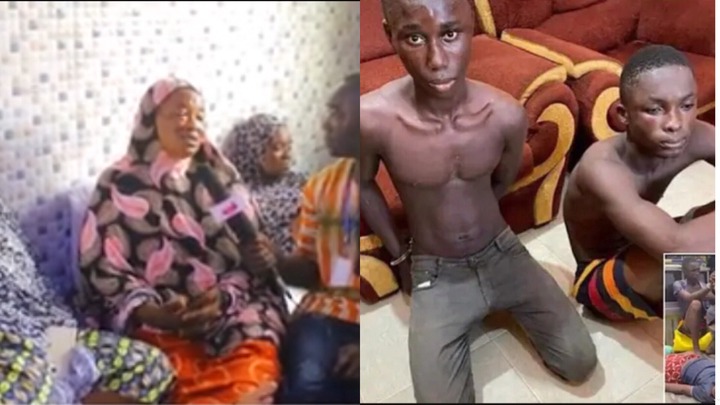 Sahadatu Abdallah, the mother of 10-year-old Ishmael Mensah who was murdered by two teenagers for rituals in Kasoa in the Central Region have said that, parents of the suspects haven’t visit her family to send their condolences to them ever since their children murdered her son.

In an exclusive interview on Oman Channel, Madam Sagadatu revealed that, she only knew one of the suspect who is a long time friend of her son and most times eat together with her son in her house. They use to spend time together paying games and sometimes go to the field to play football.

So this however sound weird to her when she was informed that the said friend of her son has murdered him in a cold blood in an uncomplicated building.

She revealed that even though the other suspect is said to be in the same neighborhood with them, she has however never set her eyes on him until the sad incident.

She also added that, even thought they have not reached her family to send their condolences, they are ever ready to retaliate if the suspect are not dealt with to their satisfaction.

Felix Nyarko, 15, and Nicholas King, 18 on Saturday, April 3, reportedly killed the 10-year-old for rituals in an uncomfortable building about 10 am that faithful day.

Yesterday they went before court and we’re remanded in police custody for two week. The remand is to allow the police to conduct more investigations into the matter.

Akuapem Polo has been jailed, but an MP who shot and burnt motorbikes has been rewarded :Manasseh