By RockyJDJones (self meida writer) | 27 days 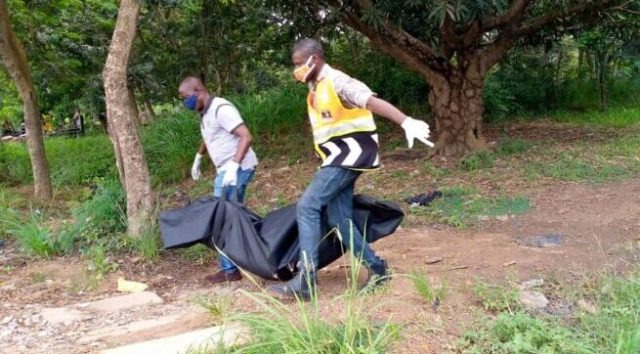 The family of Anthony Isaac Manu are on their way to Kumasi to perform a DNA and lab test to confirm if the body found this morning at Dunkwa-On-Offin is the body of their missing father and relative. The body which has been physically identified without the head as Agya Manu will have to wait for confirmation from the hospital officials after the test results of the body confirm the man. Agya Manu on Sunday 18 April made his way to his farm to plug some palm wine he was tapping from a palm tree. He was to return early and join the family for the Sunday service.

The man who left home as early as 5:30 in the morning on Sunday never joined the family for church services and the family couldn't wait for him except to leave him behind. They thought he was on his way home and will be at the church after them, but the service ended at noon and the man was still not among the congregation. He was not like someone who likes to miss church services, and will be there even if it was closing time. The family was shocked as to what would have prevented him from joining the service even if he came home late, tiredness one of his children joked about.

They returned home and the man was still nowhere to be found. They waited until four in the evening and there was no sign of him. He never went along with phone or anything, because of his readiness to fetch the wine and returned home the same hour. His elder children were sent to trace his footsteps, and they came home with the bottle he was carrying for the palm wine. The man had abandoned the bottle at the exact end he was to fetch the palm wine, and nobody saw him again.

They searched everywhere on the farm and couldn't find Agya Manu. The family has been searching for him from the Sunday he went missing to this morning when Maame Otu found a strange thing on her way to her farm. Maame Otu shares a boundary with Agya Manu on the east, after a river, and the body which is supposed to be that of Agya Manu was lying on her farm entrance when she got there this morning. She rushed home to give the news of the headless body she had found, and community members of Asoboa in Dubkwa rushed to the farm to check.

The family of Agya Manu confirmed it was him when they checked the clothes the body was wearing. It was the exact clothes Agya Manu worn on Sunday when he went to the farm to tap his palm wine. His birthmark which his elder brother and siblings had, was right on his stomach when they found him. Police of Dunkwa has taken custody of the body whiles samples has been taken to Kumasi with the family to test medically, and confirm if the headless body found this morning at Maame Otu's farm is indeed the body of Agya Manu. 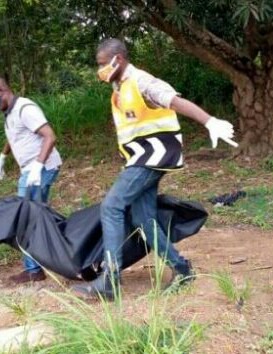 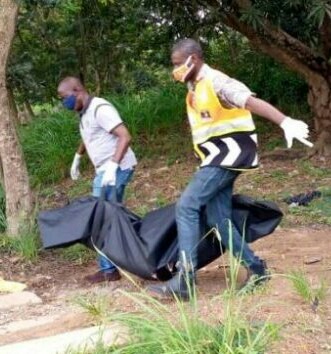 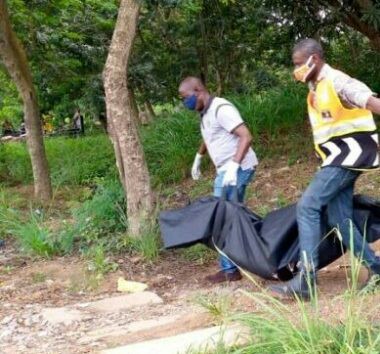