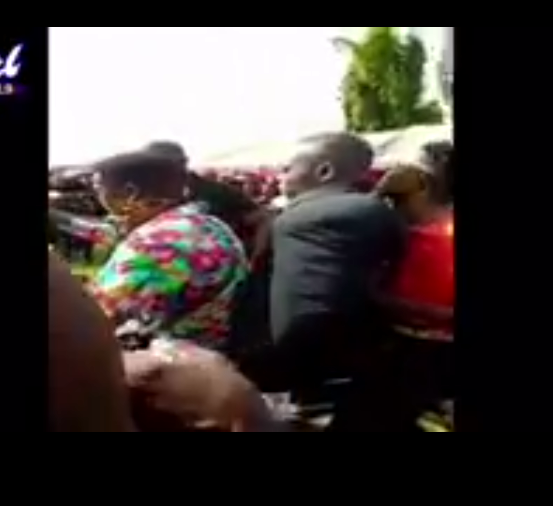 Social media is set ablaze as a mortuary man defied all odds to carry a dead body on his motorcycle to display it at the deceased funeral grounds in Jumapo in the Eastern region.

The deceased is reported to have died in a motor accident on his way home about three weeks ago. The video was shared by Angel news, and it is fast going viral on social media.

Comments sighted under the video show that Ghanaians are really sad and troubled to have seen that happening to a lifeless body dressed in suit as the family performs his funeral rites at the school park. 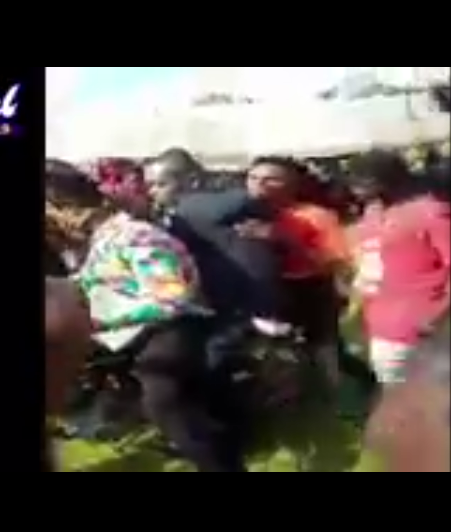 Many have said that it is inappropriate for the mortuary man and his friend to treat the deceased in that shameful manner. According to them, some sort of respect should be given to the dead.

In the video, a young man believed by many to be working at the mortuary is seen carrying the deceased known as Kofi Dagati on his motorcycle, whereas his (motor rider) nose is covered with a handkerchief. Another young man is seen supporting the lifeless body at the back as Kofi Dagati is placed in between the two.

The motor rider then sped off which nearly made the dead body fall to the ground and showed off his riding skills at the funeral grounds amidst shouting by those who attended the funeral to stop it because it is a taboo, but the mortuary man would not pay any serious attention to them. 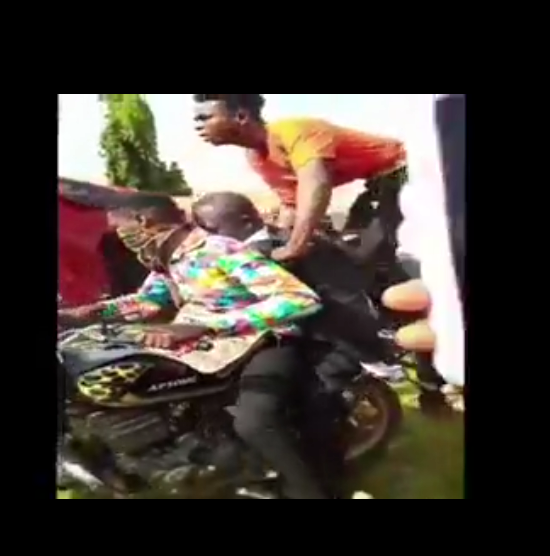 Narrating how the whole thing started, the reporter for Angel news disclosed that the deceased had taken alcohol together with his friend and the two were heading home on Okada. Unfortunately, the motor had an accident causing the deceased to jump off the motor, crashing his head against the ground leading to his untimely death about three weeks ago.

At his funeral held at the school park in Jumapo, the deceased was laid in bed while sympathizers file past the post. During the funeral celebration, the mortuary worker arrived at the park with his motorcycle and eventually managed to carry the deceased at the blind side of the funeral members. One cannot tell if the mortuary man had connection with the deceased or not.