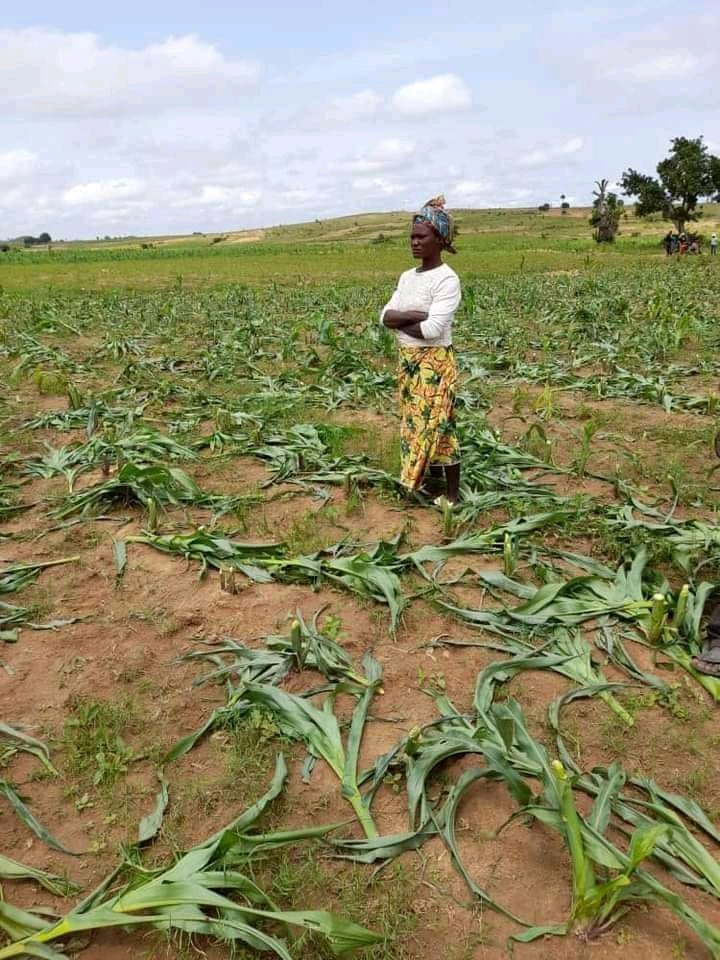 This news may break your heart if you are someone who is very sensitive to issues but it cannot be left untold.

Madam Fauzia Amadou has broken down completely after all her life farming harvested down by her angry husband, Mr Amadou Salli over a misunderstanding that occured between them yesterday in Salamba village in the northern region.

Mr Amadou on Friday morning told his wife to follow him to his farm to help him weed under his maize which are equally growing like the one above. But madam Fauzia resisted and excused her husband to spare her the Friday so that she could use it to spray her maize which were being destroyed by the army worm disease.

Mr Amadou got angry and this led to exchange of unprintable words between the couple which went mild after some time. The woman went to her farm and did the spraying while the man also went to his and did his weeding.

They came back in the evening and started the fight again and the man threatened the wife never to step in her own farm again if she won't help him it his own because he is the one who married her and not the other way around. He also said he is the one who secured the land for her to harvest the maize so the woman shouldn't attempt stepping foot on that land again. The woman disagreed with that suggestion not knowing the man had bad plans in his head.

In the night he woke up and went straight to the woman's farm and harvested all the young growing maize plants down leaving not even a single plant for the wife. The wife on Saturday visited the farm only to meet dead plants. She has since reported the case to elders with which they are handling it .