Must Watch: My Son Is Slowly Turning Into A 'Spider' | Woman Tells Her Sad Story.

By SamColeNews (self meida writer) | 19 days 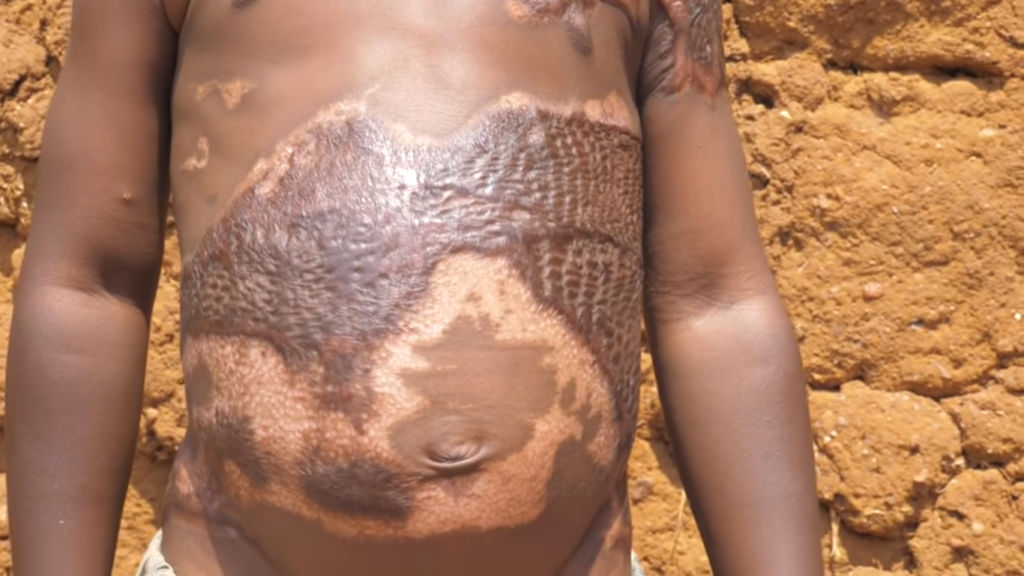 The contentions of life are what made our elders left a message that life is war. Indeed, everything about life is a struggle and your ability to overcome a situation makes you stronger. Imagine having your only son whose skin is slowly turning into a spider, what will be your reaction? Well, this is the story of Shadrack who was involved in a terrible accident, and after his skin got healed, it started developing growth which keeps spreading like a spider web.

Shadrack's mother tells her son's story; It was a beautiful Tuesday evening. I was coming from the market. I saw four children preparing porridge. As I went to the shop looking for bread, one of the children scared Shadrack and a whole saucepan full of porridge fell on him, and his body was burned to the extent that nobody believed he would once again come back to normal. Everyone knows my son survived the impossible.

I heard that news when I was at the shop where another child came running to me saying what happened.

Coming back, I was shocked and terrified by what my son was looking like. His whole body was full of burns. There was a neighbouring mother who came before me and poured water on him and applied some herbs. I just had one thing in mind, put him at my back and rushed him to the hospital, but blood was flooring all over. Some of his back body was falling.

Reaching the hospital, he had fainted and the doctors would not believe that it was a hot porridge that caused the terrible accident. His condition by then was so critical that he looked dead. He was not even moving and when they injected him, he did not feel anything. For me, I thought my son was gone out of this world. After a while, he vomited and the doctors told me not to worry.

We were transferred to another hospital later that night. In the morning, the doctors tried their best in saving my son's life but still, he was not making a single movement. They gave him oxygen and then applied some casts over his body. My boy's condition kept becoming worse that the next day they had me sign some papers to accept his operation. I agreed and signed because I did not want my son to lose his life. They spent almost the whole day in the operation room. When seeing him, he was still not awake. I touched him but he could not wake up. The doctor came and pinched him for once, and he was awakened.

During those days of my son's treatment, it required so much money for his medication. Doctors after realizing I had completely gone out of money, supported me with some of the bills and some provisions. I had to also get some loans from neighbours for my son's treatment. Even today, I still owe them a lot of money and at the hospital, there were some bills I was not able to pay. Things are not working out for me though I am trying all that I could.

My son's wounds have healed, but his skin is turning into something else. It keeps spreading and it itches him a lot. From a close look at his skin, one will realize that it is turning into a spider web. As a mother, I have tried everything I could, but the world is still after me and my son. 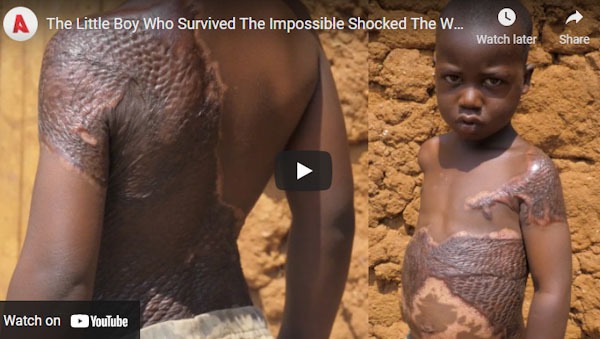