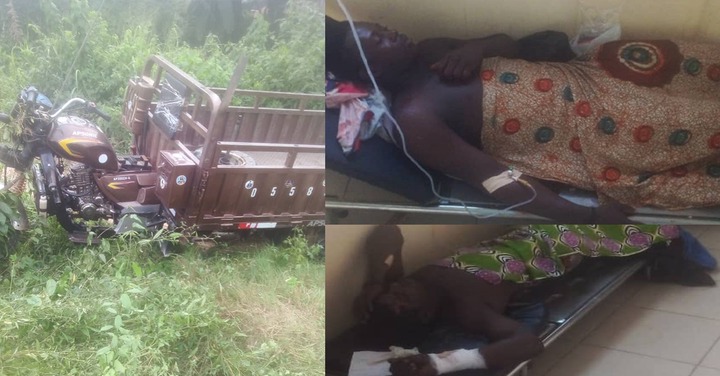 Six persons have been rushed to the Effiankwanta Regional Hospital in the Western Region’s Capital of Takoradi whilst one other has been confirmed dead. The sad development follows an accident that happened at the Ketan Junction in the Sekondi Takoradi Metropolis.

The accident involves Aboboyaa that was moving from Ketan to Diabene at 1 am. In all, seven persons were onboard the Aboboyaa which was moving at a top speed. As the driver was descending a hill, one of his tyres burst, and that caused the aboboyaa to fall into a pit leading to the death of one person whose name has been given as Kome, eighteen years on the spot. His parents who also live in the same area have been thrown into a state of shock after hearing the sad news. They have warned their son on several occasions to stop driving the aboboyaa in the night but he has refused to listen until he met his untimely death.

There were six others apart from him in the aboboyaa and all of them sustained serious injuries. They are currently at the only referral center in the western region receiving treatment whilst the body of the driver has been deposited at the mortuary for preservation. Assembly member for the Ketan electoral area, Mr. Kasum Mingle Berma who confirmed the news indicated that the young boys had dropped another person on a lift and were returning to Diabene in the night when the incident happened. 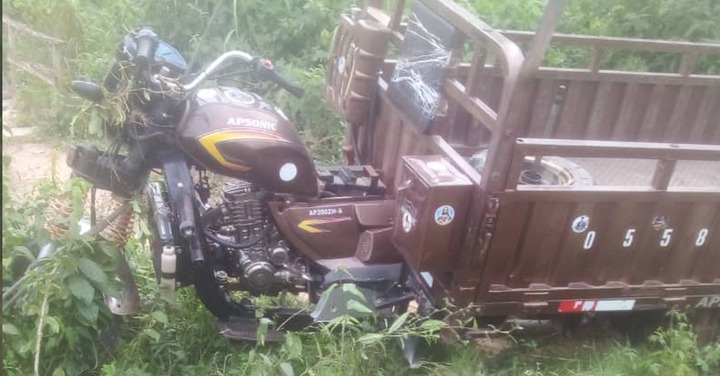 The Ketan area is popularly known for the aboboyaa business, some persons even use them for passenger services. The Police have warned them on several occasions to desist from the practice because it is not safe but they have refused to listen. Some of them have been arrested but that has not deterred them from the business. The death of this driver should send a signal to all the rest to be careful whilst on the road. Now, an eighteen-year-old boy who has a lot of prospects has been killed through Aboboyaa accident.