By Richisen (self meida writer) | 18 days 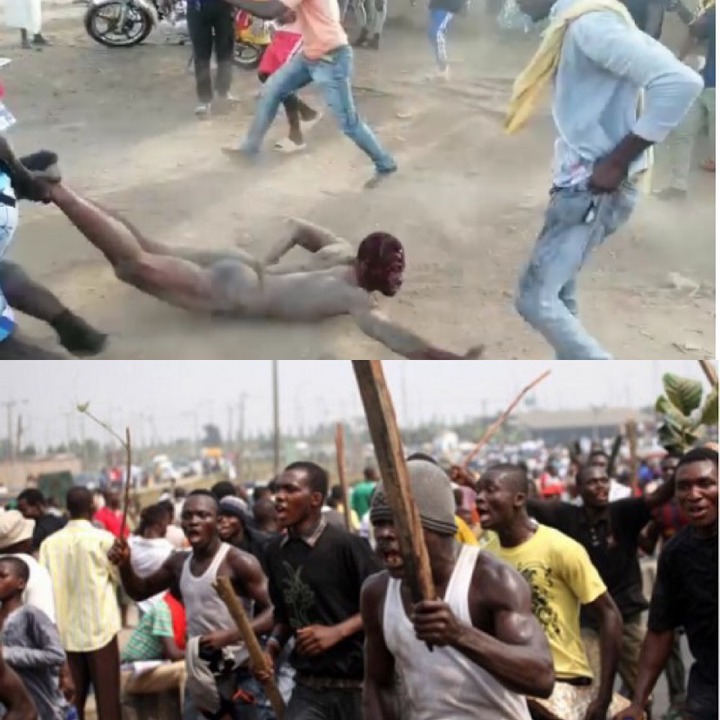 Thief’s last words renders crowd speechless after witnesses claim he had been beaten for quite sometime before his demise. When it comes to lynching thieves, the laws of the land frowns upon it and that’s because there are legal bodies in charge of these people and cases. However, many citizens have taken matters into their own hands and ended the lives of some thieves in some vicinities.

One of the hottest and most robbery tagged places in the country is the Budumburam town which is in the Awutu constituency. Budumburam has had cases of police killing and serious crime issues and these have resulted in the police’s desire to keep an eye on them. A thief whose identity currently remains unknown allegedly climbed to the roof of a house around by removing the plywoods which had been used to cover the lentil and roofing of the house. 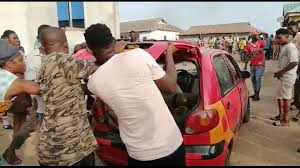 The smart thief was allegedly hiding there for awhile because there were people on the compound after he had entered and smuggled a few items and trying to escape. The citizens instantly seized him upon identifying him and a desire to escape. He begged and begged but was beaten mercilessly.

Reports indicate that he had some faint last words which he whispered before his demise and these words touched the hearts of people around. I don’t mean any harm so please spare my life, I hope I am going to heaven if I die from here- witnessed claim these were words he whispered as he was helpless and knew his end had come.

They claim it could be words to probably convince them to leave him and spare his life but from experience, the people were not ready to give up or spare his life as well. And that’s because they also have a believe that after being spared even when he had been beaten to that extent, he could even become more dangerous since he has had close encounter with death.