A police officer who was in a uniform has been under strict guard at Peki Government Hospital after he involved himself in an accident by crashing on the Kpeve mountains in the Volta Region of Ghana. What really surprises many Ghanaians about this case is that, the police found 84 parcels of wee in his car after refusing to stop at a barrier which he later crashed. 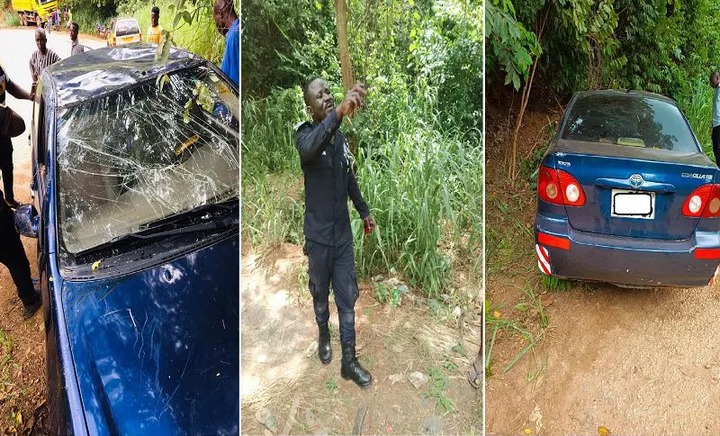 Identified as G/Sergeant Lotsu Agbeko, 36, the police officer was said to be travelling to the Volta Region in his personal Toyota Corolla but failed to heed to a signal to stop when he got to the Have police barrier. His failure to heed to the signal resulted in a hot chase by the personnel manning the barrier.

After a long chase by the police, he unluckily crashed into the kpeve mountains in which he got his left hand fractured. He was then rushed to the hospital. The police however went ahead to search his car to find the reason why he decided not stop.

It was after inspection of his vehicle that 84 parcels of substances suspected to be Indian hemp were found compressed in the boot. The Kpeve police has however been under guard on him at the hospital.