Police Gun Down Suspect In Takoradi Robbery Case, One More Arrested, Others On The Loose

By Facts_GH (self meida writer) | 1 months 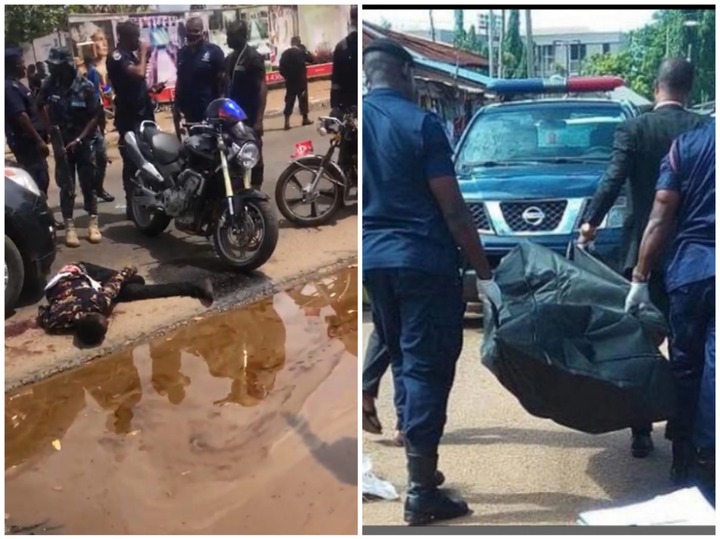 The Ghana Police Service were led by an intelligence to the hideout of the suspected robbers who murdered Mr. Charles Kwakye at Amanful on Monday 12 April 2021.

An operation led by the Western Region Command of the Ghana Police Service in Elmina, at the hideout of the robbers got one of the suspects who was identified as Shankiki 30 years old, gunned down who attempted to engage the police in a shootout.

The police intelligence had it that the suspects were six but in the swift operation the deceased and one other; Inusah Fuseine aged 25 were arrested. The rest are on the loose.

According to eyewitness accounts the suspects were speeding on their motorcycles and escaping arrest from the police on the Elmina-Cape Coast highway where they exchanged gunfire with the police.

The police retrieved an AK 47 ammunition, a live tortoise and a talisman from the arrested suspect, Fuseine.

The police had also reported that the robbers tried to outsmart them by covering their number plates with stickers.

The live suspect has been taken into custody and deceased deposited at the morgue awaiting investigations.