'This was a bad day for him: An alleged armed robber fell from 'okada' as he ran from the police.

According to report suspect Yussif is presently in police custody awaiting further investigation.

Being the unfortunate member of a three suspected armed robbers who were running from the police on a okada, Yussif fell off from the motorbike. He appeared to be unsuspecting , but a police search found that he was in possession of the following items: one unlicensed foreign firearm, five rounds of ammunition , three mobile phones , and a substance thought to be Indian hemp.

Motorbikes have recently been a popular mode of transportation for thieves. The majority of robberies are now carried out on motorcycles due to their ease of maneuvering through traffic and paths that would be impossible for cars to navigate. If we recall, it was the same motorbikes that were utilized in the recent case of the police officers who were gunned down by arm robbers. Despite the fact that motorcycles are a cheap and handy mode of transportation, criminals are making their use uneasy because you may easily be identified as a criminal when riding one.

It's regrettable that young and active men who could make real money with these vehicles instead use them for illicit acts. Thanks to technological advancements, there are now numerous delivery software that, if downloaded and subscribed to, can be used to make a significant profit by delivering products to individuals. Our youths must take advantage of some of these opportunities while avoiding illicit activities.

Our police force deserves a big thumbs up since they have recently been on top of their game when it comes to detaining criminals. Police patrols are increasing, and the number of police checkpoints on our roadways, particularly at night, is increasing as well. All of these steps are assisting in reducing the number of criminals and criminal cases in the country. 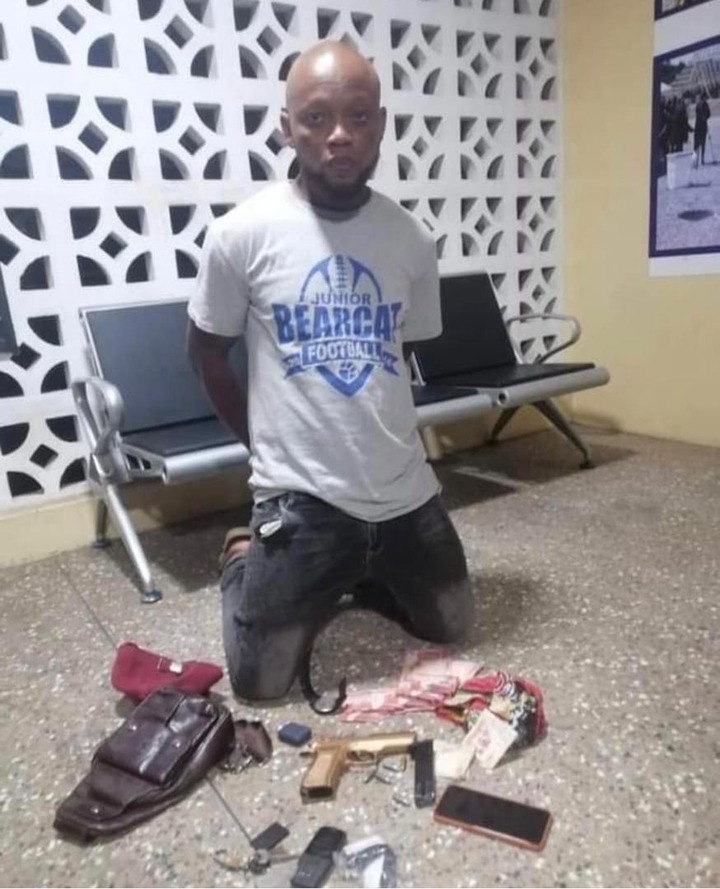 One would wonder what a young man like Yussif would do if he didn't have a weapon, ammo, and a substance rumored to be Indian hemp. However, we are not here to draw any judgments; instead, we are waiting for the police to release the results of their investigation. But this must be a bad day for Yussif.