By MYNEWSHUB (self media writer) | 7 months ago 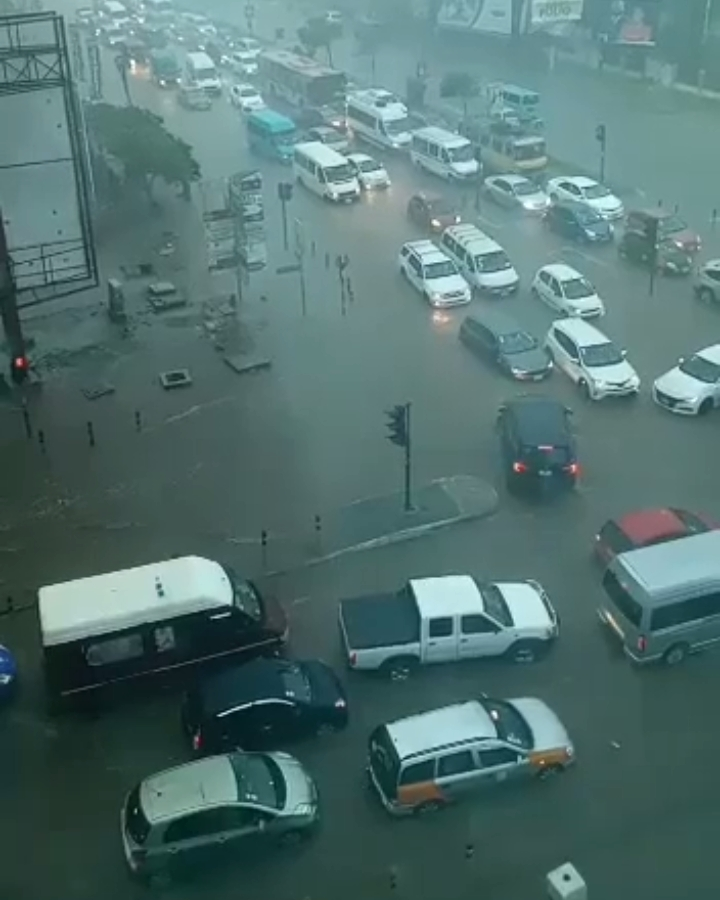 Torrential rains have left some parts of Accra flooded again.

Some commuters in the capital have been badly affected as roads leading to workplaces and schools have been disrupted. The downpour, which lasted for about two hours, has left portions of the Ofankor Barrier, Taifa Junction, Achimota and other areas inundated. 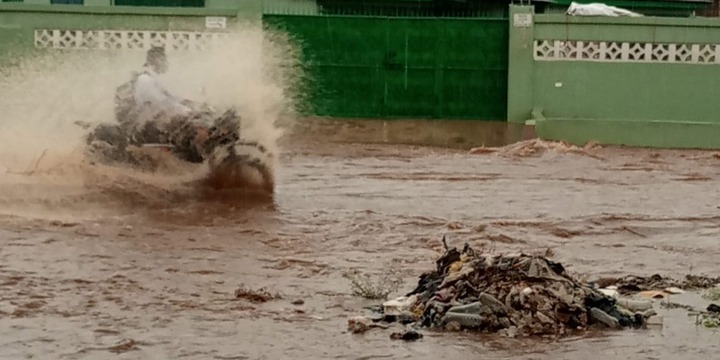 Following the flooding that has marked the rainy season so far, President Akufo-Addo directed Metropolitan, Municipal, and District Assemblies (MMDAs) in the Greater Accra Region to demolish all structures that cause flooding in the city.

Experts have also attributed the flooding to developments on wetlands.

Apart from the usual flood-prone areas receiving a thumping from the rain water, this time around heavy winds also brought down trees planted along some of the principal streets in the city, resulting in heavy vehicular traffic, especially during the evening rush hours. 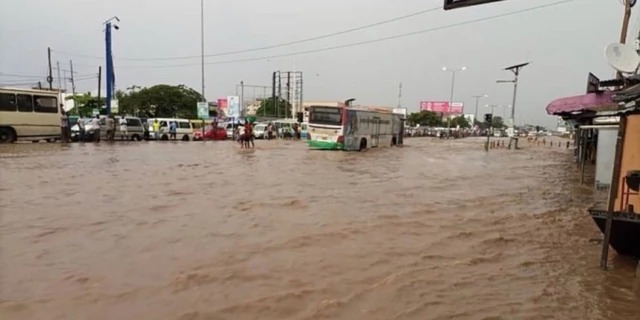 The rains started about 9 a.m. and continued well into the day. The known flood-prone areas, such as Adabraka, Alajo, Abossey Okai, the Graphic Road, Agbogbloshie, Kaneshie-Odorkor, Circle, Awudome, Darkuman through to Dansoman, had barely recovered from a similar heavy downpour last week and had to again be at the receiving end with flooded roads and compounds.

Content created and supplied by: MYNEWSHUB (via Opera News )