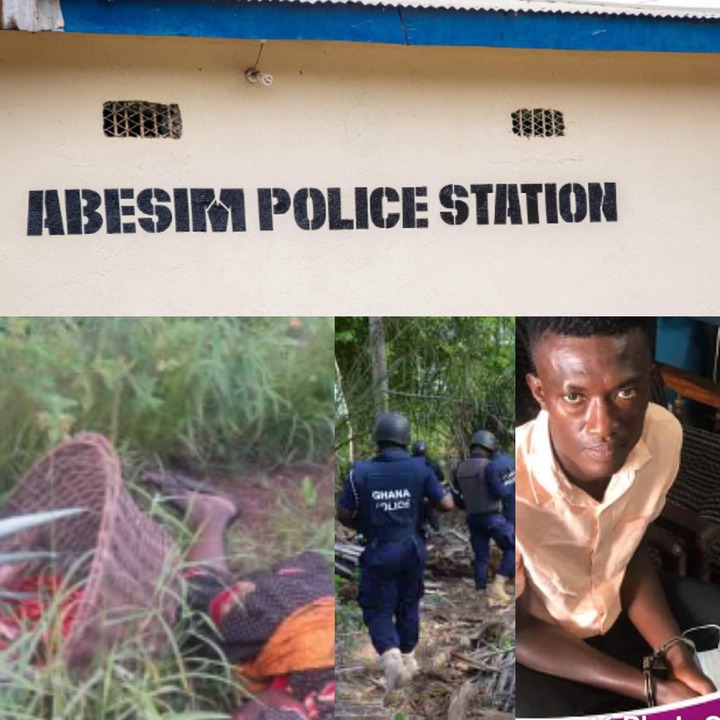 History keeps repeating itself. However bad History is something we don't wish for it's repetition. Let me tell you a story about how a chief of Abesim who was the occupant of the Krontire stool and his wife murderered a pregnant woman On 23rd February 1988.

This happened at Abesim the same location where the three boys were gruesomely Murdered by Richard Gyamfi Appiah ( Fireman).

When Nana Twene the then Abesim krontihene was interrogated, he denied his involvement. However, his accomplice gathered courage and spoke the truth. They explained that Nana Twene wanted the blood and body parts of the pregnant woman for a powerful ritual.

A ritual which will enable him speak without any challenge in the Abesim palace or wherever he finds himself. After trial in the local tribunal, Nana Twene and his accomplice were sentenced to death. All his properties were also confiscated by the state.

How the murderers were killed was iconic. After the shooting, his body was brought to the Abesim town. The soldiers tied up the body behind a car and pulled it on the ground. Women and children reportedly followed the vehicle as they sang and danced.

His wife was also sentenced to life imprisonment where she died after spending twelve years at Nsawam.

In March 2004, the children of Nana Twene Petitioned President John Agyekum Kufuor through the National Reconciliation Commission to release the properties of their father for them. According to them, they still feel that he was innocent. They accused the then Rawlings regime of not going deeper in the case. Their efforts was booked but never attended to.

Now you know. This is not the first time a ritual murder case from Abesim made headlines. By the way, could there be laws to kill Richard Gyamfi Appiah like how Nana Twene was shot to death?