Boadi Stephen, 33, has allegedly set his girlfriend's house on fire for leaving him for another person. Stephen, arrested this morning by Juaso Police of the Asante Akyem South, denied ever going near the house but confirmed reports from an eye witness and the father of the girl, Opanin Asante, saw Stephen Boadi leaving the scenes of the fire shortly after setting the building up with Kerosene. 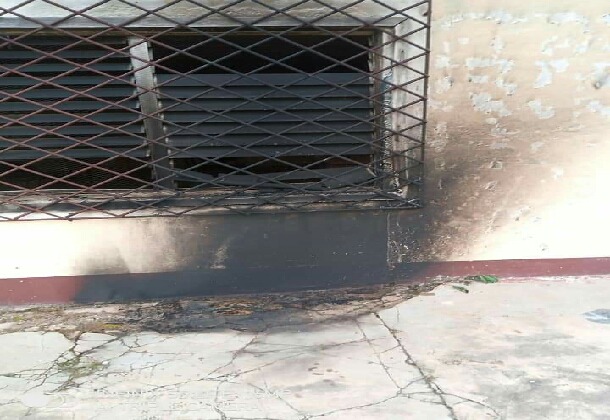 Opanin Asante, the father of Joyce Afia Asante, speaking on the issue this morning to Juaso police, accounted that, he was coming from Methodist Church Lay Leaders meetings when he saw smoke coming from his outer window; the window to his four-bedroom self-contained house. A moment after seeing the smoke, Samuel Boadi came running past him while he, Opanin Asante, was coming home from the Juaso Methodist School park.

With about ten inches away from the house, Opanin Asante saw light fire igniting from the outer window and that was when his fears of Samuel Boadi setting his house on fire was confirmed. With neighbours assistance, they were able to pull down the fire from spreading to the entire house before the arrival of the Juaso Fire Service personnel's.

Out of the four-bedroom house, only the living room was able to catch fire but they were able to pull all the things out of the room before the fire could cause harm to properties and the building. Samuel Boadi, after he was arrested this morning, confessed to telling his friends of setting his girlfriend's house on fire, but disagreed to doing it despite been seen by an eyewitness last night. 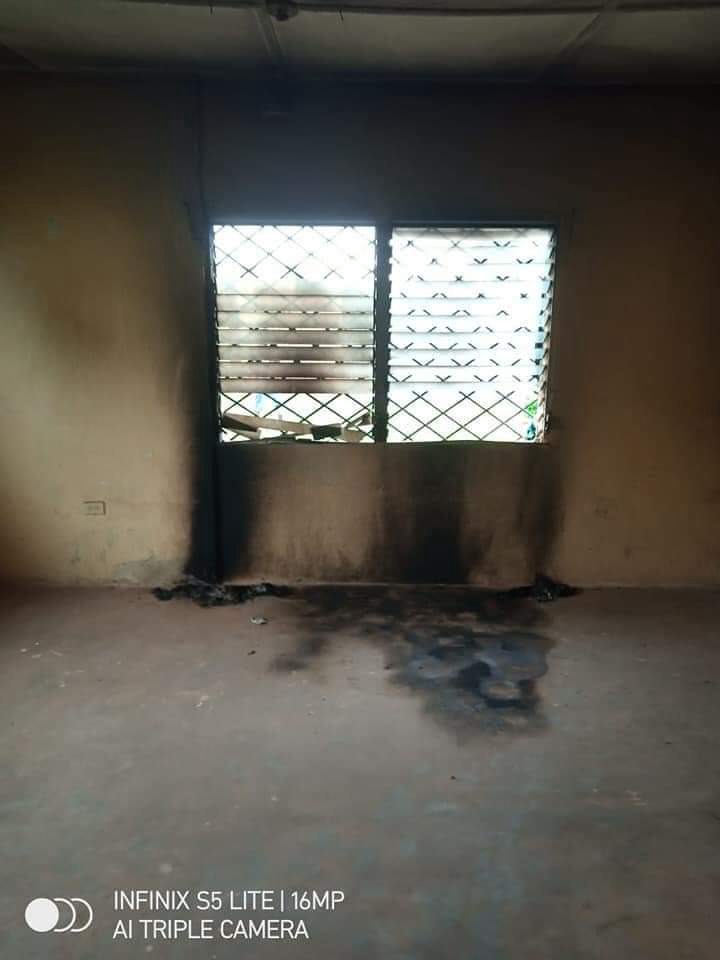 Abdulai Adams, a neighbour to Opanin Asante, was making a phone call outside when he saw Samuel Boadi standing closer to the living room window of Opanin Asante. I thought he was talking to Maame Afia (Joyce Asante) his ex-girlfriend, and never bothered to call him to order until I saw fire coming from the windows, few mynutes he left the scenes, Abdulia Adams said to the Juaso police.

Though Samuel Boadi has denied setting the house on fire, he is been denied bail pending a court appearance tomorrow. Based on eyewitness Abdulai Adams and Opanin Asante's statement, Samuel Boadi will need more than words to prove to the judge of Juaso magistrate courthouse of his innocence after he was seen leaving the crime scene.

Opanin Asante according to his account to the Juaso police revealed that, Samuel Boadi had earlier threatened him of making his life difficult for him after he forced his daughter to leave him five months ago. Joyce Asante is preparing to get married and that might have angered Samuel Boadi into setting Opanin Asante's house on fire. 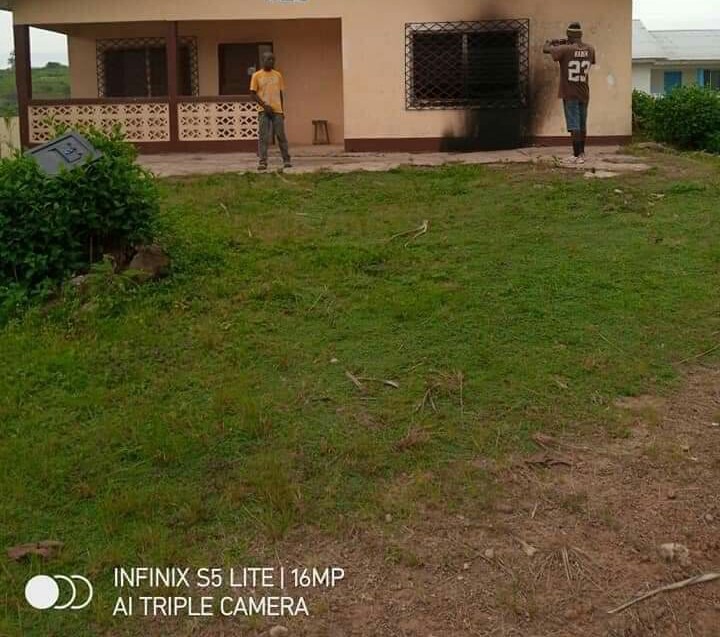