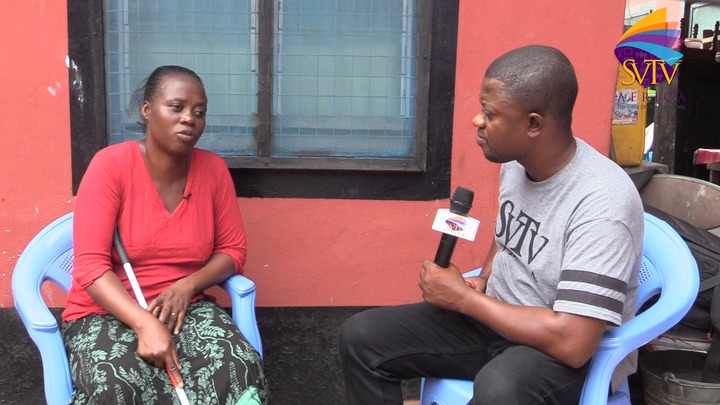 Visually impaired woman, Charity Yibo has revealed that after 5 years of working with Metro Mass Transit Company Limited, she was laid off without any settlement.

Speaking on SVTV Africa, Charity indicated that she fell ill for a while and sought permission for treatment. However, Charity was rejected when she went back to her job without any settlement.

“When I went back, I could see with glasses but the chairman said he can’t work with a blind woman. But I was not given any settlement whatsoever,” she revealed.

According to the mother of four, the optometrist told her that her optical nerves are damaged and will be difficult for her to regain her sight.

Speaking of family, Charity revealed that she broke up with her first husband after she became blind. She indicated that after her plight he began abusing her physically hence the divorce.

Moreover, Charity got engaged to another who died five months later leaving her with an unborn child. The baby later died.