A middle-aged man has surrendered himself to the police demanding to be arrested and locked for six months.

Middle-aged father is currently in detention for reportedly stabbing his wife six times to death and then killing off his four children with an axe when he was caught in bed together defiling his biological daughter he killed his wife and children in retaliation then submit himself to the police. 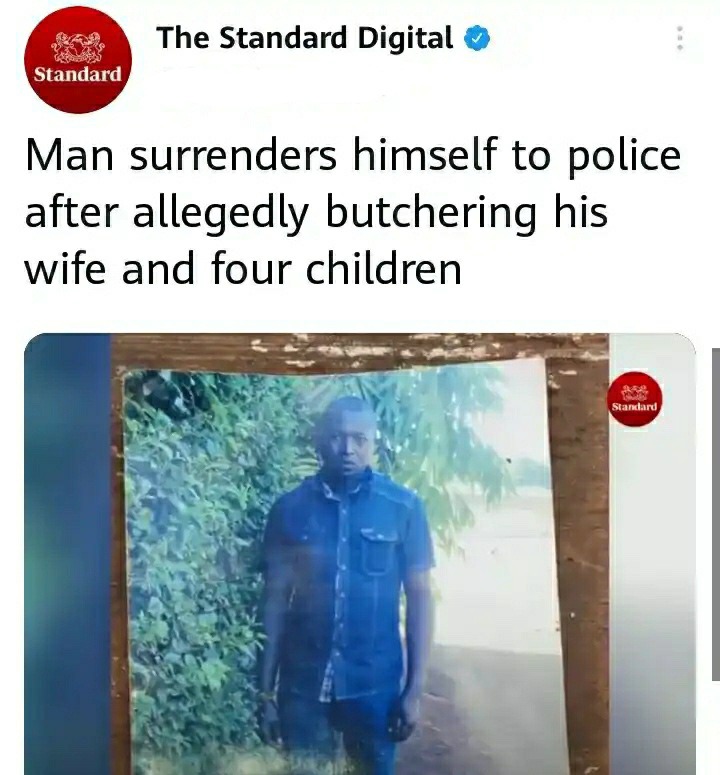 Andrew Kamau is said to have committed the sin after being caught in bed with his daughter in the act enjoying her daughter's honeypot according to police reports.

Allegedly his daughter and him have been having an affair for some time in secret they were caught red-handed on that specific morning when they were caught on his marital bed together taking advantage of her daughter.

When the wife began to hear rumors about her husband and daughter having romance in their marital bed, she decided to investigate. 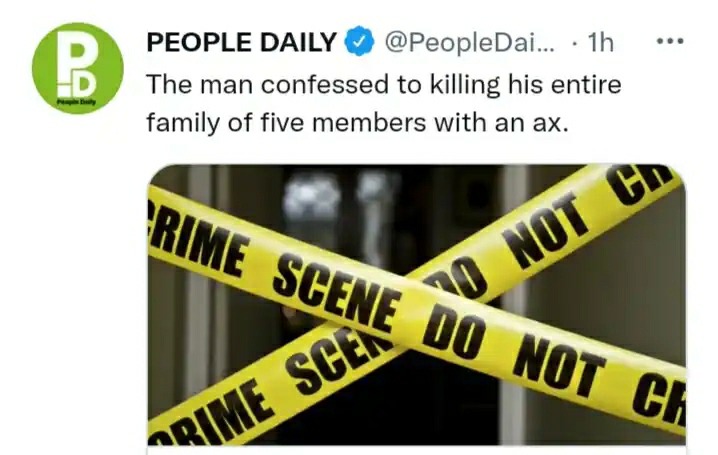 The wife had always been suspicious of them and she chose to keep a close eye on her during that specific day. She decided to set a trap for them she pretended to have gone to work and hid somewhere.

He thought his wife was at work, so he shamelessly pulled their daughter into their matrimonial bed with him while he was still hungry for her honeypot. she caught her husband having hot bed romance with his daughter in bed.

The enraged husband savagely beats his wife to death before axing his four children to death with an axe. He went straight to the police and reported himself to the police demanding they imprison him for six months. 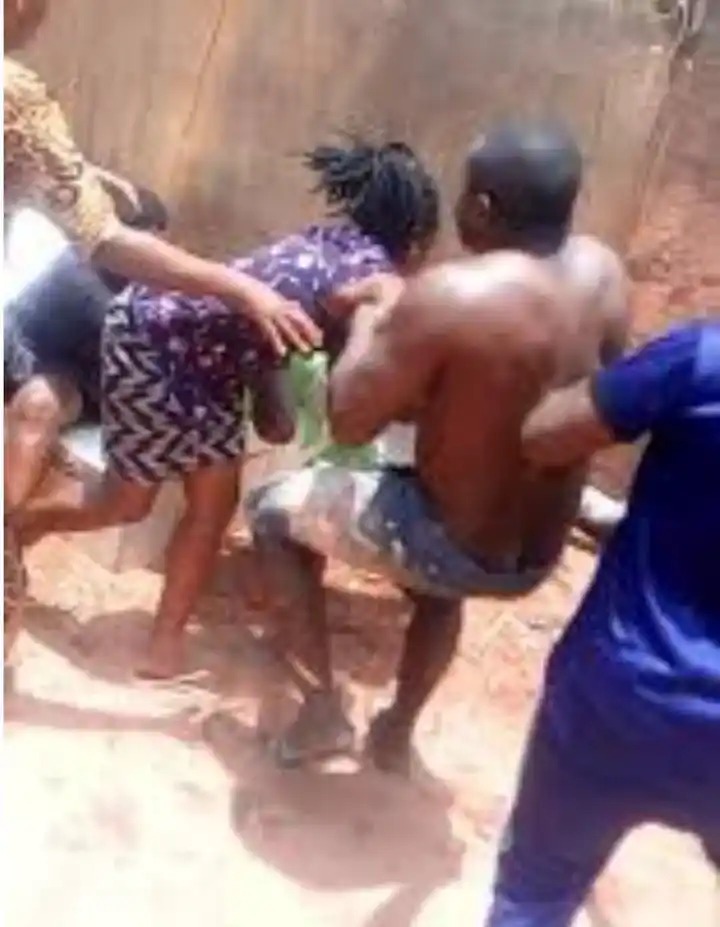 They were sent to the hospital, but they died on the way because of their extensive bleeding and terrible injuries. Kenya police commander in his statements to the media confirmed the occurrence and said the suspect had been apprehended and taken into jail, where he awaits arraignment in court once the inquiry is complete. Parents in the house tell us what makes a father to get attracted to her own daughter?