Two people; one driver and one passenger has been confirmed dead at Adidwan after a deadly crash on the Ejura highway. A Toyota CHR, unregistered, all-female occupants, were heading to Ejura in funeral clothes from Mampong when the driver experienced an allged brake failure, and crash the back of a Toyota Fortuner after a somersault. Eye witness Joseph Osei, a taxi driver who was first to the scene of the accident, was driving from Mampong when the red Toyota CHR overtook him with speed. 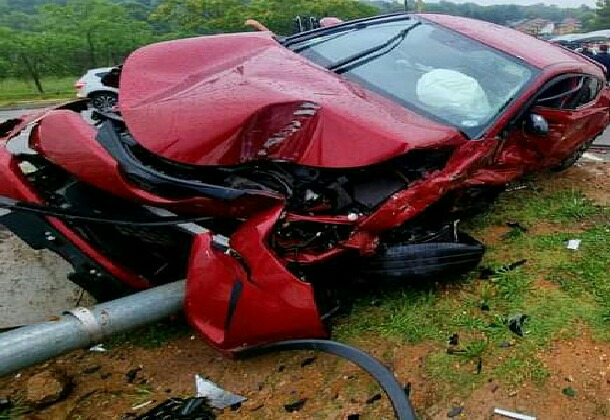 The speed at which the car was going was unbelievable. They passed by me at Aworaso junction, about 20 miles away from the accident and the speed the driver used to pass by me was one I can say, lead to the accident. It was like an action movie; all I heard was loud wind and the car was already in front of me. I watched the car on the highway vanish from my sight at top speed and that wasn't a surprise to me at all, when I arrived at Adidwan to see the same car in an accident.

The Fortuner driver and their occupants were all ok when I got there. I arrived at the accident scene fifteen minutes after the accident and that I believe was late to have conveyed them to the hospital, Joseph Osei, the first responder to the accident reported to the Ejura police. All the female occupants of the red Toyota CHR had suffered various degrees of injuries but the driver and the front-seat passenger's own, were serious as they were confirmed dead at the Ejura Government Hospital.

Another passenger, a female, who was sitting at the back seat of the CHR, suffered head and neck injuries but was saved because of the seat belt that held her to her seat. The front-seat passenger and the driver of the CHR were all not in seat belts, something the police believes aided their deaths.

The seat belt could have saved them, looking at the degree of the crash. They somersaulted once before crashing the Fortuner and if; the front seat occupants were in their seat belts, there wouldn't have been casualties as the belts would have prevented them from rolling from their seats and hurting themselves, MTTD Officer Moses Awuni stated. 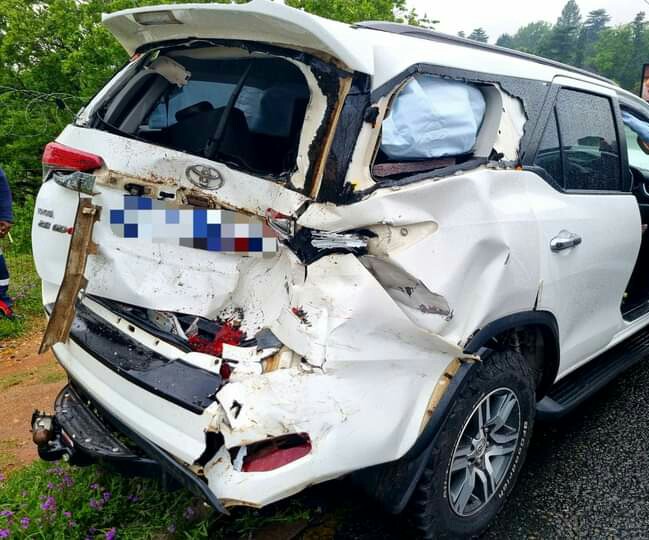 The driver of the Toyota Fortuner, Israel Ampameng, explained to the police that, he saw from afar, the stress the CHR was going through before crashing them. I believe the brakes of the CHR might have failed them or something as the car kept moving in zigzag motion before crashing me from the back. I tried to stop and give it way and that was the mistake I made. I should have driven off at high speed but I thought if I stopped, the road would have been big for the driver of the CHR to control the car but unfortunately for me, they crashed into mine, Israel, the driver of the Fortuner narrated to the police. 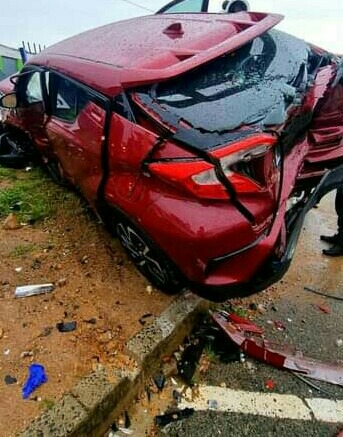 The police are still on an investigation to determine the cause of the accident as the survivors continue to receive treatment at the hospital.