By Asemuasan (self meida writer) | 18 days

Today orgasm news reported by Angel FM an armed robber who was arrested at Elmina in the Central Region of Ghana begs for mercy and requested water from the people because he doesn’t want to die like Jesus Christ on the cross.

What he said cracked the people up. They question him, what do you need water for when you are dying on the cross?

According to the reporter, it was an eye saw what happened at the scene. The whole community gathered at the place to witness the armed robber hanged on the cross.

This armed robber was arrested when he came to steal some MTN cables. According to the people, this has been going on for months. Because of that, they find it difficult to get a network anytime the cables are been terminated by robbers.

The unlucky armed robber came to steal some of the cables this dawn and he was caught by someone who is closed to the MTN yard.

The person boldly went straight to him and ask what he was doing at the place. He responded he was sent by MTN authorities to come and repair some of the cables but the person was not convinced. He called for people to come and the thief runs away.

He left his tools and later he thought they are going not knowing the people were hiding they saw him. Patiently, they caught him, and start with some beatings later they hang him on the cross like Jesus Christ till the police came for him. 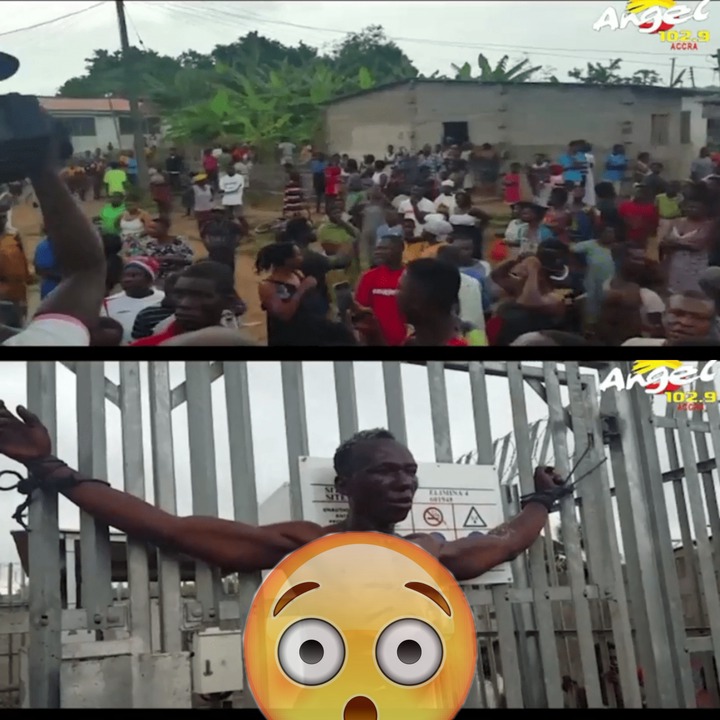 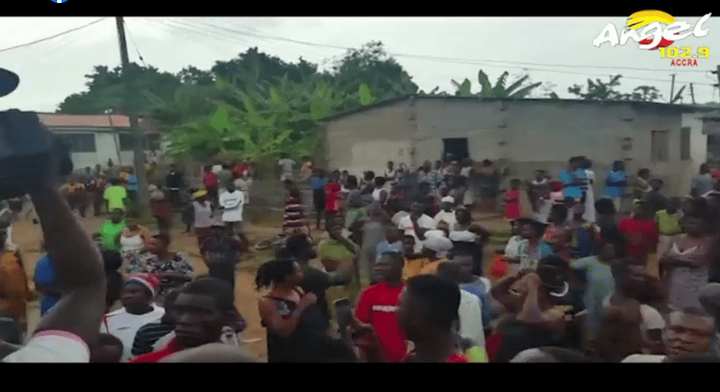 Content created and supplied by: Asemuasan (via Opera News )

How to save Tik Tok Videos into your Phone's Gallery or PC.[100% working]

How to save Youtube videos straight to your Phone's Gallery.[2021 100% working]

How to check if your Iphone or that of your friend is Original, Refurbished or Fake.

Just In: Politicians Who Are Church Leaders Are All Hypocrites - Captain Smart Shades Ofosu Ampofo

Whose Duty Is To Fix Ghana: Prez. Addo Is Not The Creator Of Problems Facing Ghana Today