"I started stabbing him with a sharp knife" Murderer explains how he killed the Uber driver.

Do you remember the death of an Uber driver at Feyiase? 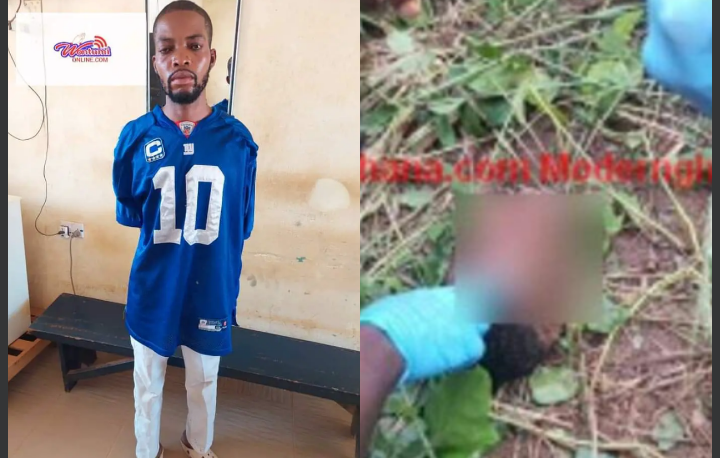 The body of a middle aged Uber driver identified as Israel Agyei Manu was found in a bush at Atonsu-Feyiase in the Bosomtwe District of the Ashanti Region.

The police command of Kuntenase in the Ashanti Region has done incredible job by arresting Rashid Ibrahim for the cold-blooded murder of Israel Agyei Manu.

The suspect initial denied the murder but later confessed to the crime. According to the murderer, he wanted to used the head of the Uber driver, Israel Agyei for money rituals.

The murderer Upon thorough interrogation by the Police Command of Kuntenase has explain how he killed the Uber driver.

According to him, he stabbed the late Israel Agyei Manu with sharp knife before he cut off his head

"I started stabbing him with a sharp knife when he came in front of me. I wanted to used his head for money rituals" the murderer revealed.