Tragic Accident Kills Two On The Spot At Asankragwa 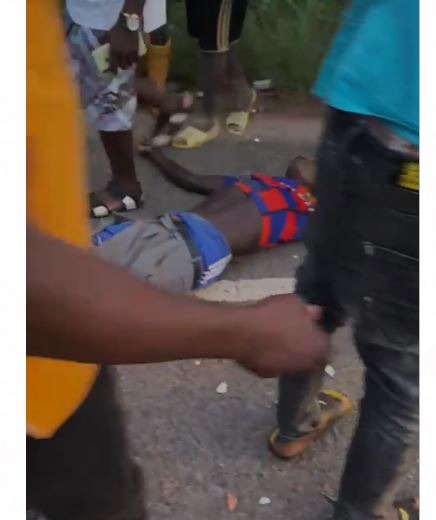 Two persons have died instantly at Asankragwa in the Amenfi West District of the Western Region in an accident involving a Toyota Pickup vehicle with registration number, AS 6556-16 and a motor bicycle.

Information indicates that the white pickup vehicle was moving from Amoamang to Aboi Nkwanta on the main Asangragwa to Enchi road on the evening of Thursday, April 29, 2021. 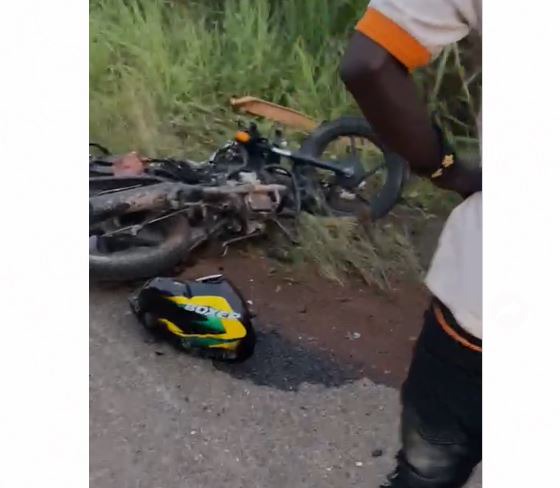 The pickup vehicle which was on top speed is said to have collided with the motor bicycle. At the time of the accident, two persons, including the rider and a passenger were occupying the motorcycle.

Pictures available from the scene indicate the accident was tragic. The two young men who were on the motorcycle died instantly.

One of them who was in a blue and red shirt with brown trousers had one of his legs departing from his body.

His colleague who also died could be seen lying in the middle of the road with blood oozing from his head. The accident attracted several onlookers who expressed surprise at the state of events.

The names of the two young men have since not been provided but information indicates they are from Amoamang, one of the nearby communities in Asankragwa.

The pickup vehicle on the other hand could be seen in the bush with a few damages. The driver sustained minor injuries and has been admitted to the hospital for medical attention.

In the meantime, the bodies of the two young men have been deposited at the morgue for further investigations.

Some persons who were at the scene raised concerns about the increasing rate of Okada business in the area.

According to them, most of the young guys are into the business and the rate of accidents being recorded daily is on the record high. 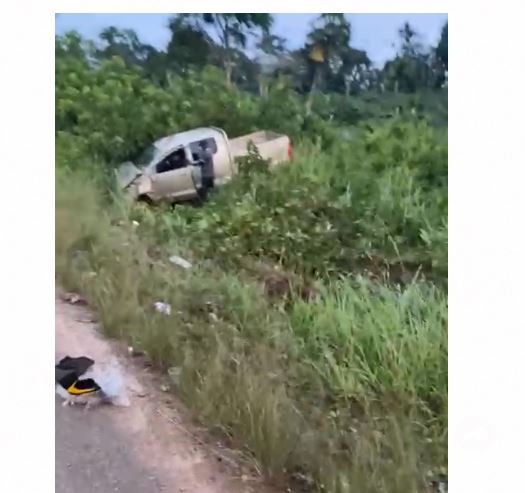 “This is not the first time an accident of such is happening here. There a lot of young boys who are into the Okada business and it is due to the poor nature of our roads. Mostly, commercial vehicles do not want to use the roads. So the okada is very common here. It is helping us but the accidents are getting too much”. One of the eyewitnesses indicated.