By OwenNews (self media writer) | 4 months ago

The a news today the Police of Amansie south in the Ashanti region have arrested a man for robbery . 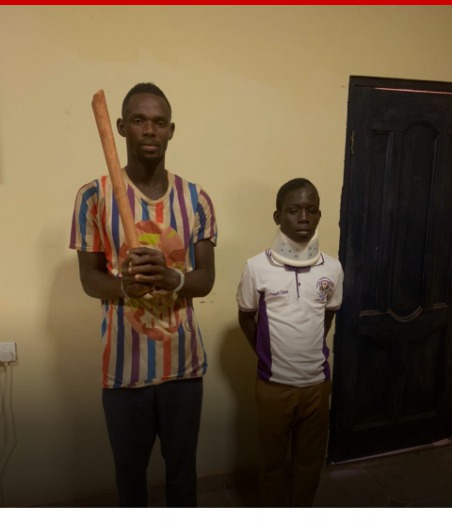 Below are the details of the man.

His name is Daniel ,he is of 32 years of age and as robbed a 17-old-year Okada operators on their way to Asawinso Ketewa in the Western North Region.

Daniel has rented a services of Emmanuel Boateng and agreed to pay him when they reached his destination.

According to Amansie South District Police Commander, Daniel borrowed money from the 17-year-old to purchase a hoe shaft.

ASP Felix Akowua says the suspected robber promised to returned Emmanuel borrowed money and the cost of the service of the Okada.

Before they reached Diaso Sefwi, the suspects said to the okada rider he wanted to pee. and just after the okada rider pulled the brake, Daniel hit Emmanuel with the hoe shaft continuously until the poor boy became unconscious.

Police say Daniel thought Emmanuel had died. He took the motorbike away.

Emmanuel regained consciousness a few minutes later and managed to crawl to a roadside where he was rescued.

In a similar development, seven suspected robbers who robbed and shot two gold dealers would reappear before Bekwai circuit court on July 27, 2021.

Content created and supplied by: OwenNews (via Opera News )