By Edoukwah (self media writer) | 16 days ago

Certain things happen these days that make people ask so many questions. There are some things that when they happen, all they live people in is a state of shock, dilemma and confusion. You wake up today and hear a woman has beheaded her husband over an argument. People kill other people just because of little issues that can be easily solved.

There have been instances where a husband has shot dead his wife just because the woman did not serve him food. A friend has stabbed another with scissors just because of bluetooth headphones. The last goes on and on. The end result is always bad. These people face the law all the time.

News coming in suggests that a man has butchered his own flesh and blood over palm wine. 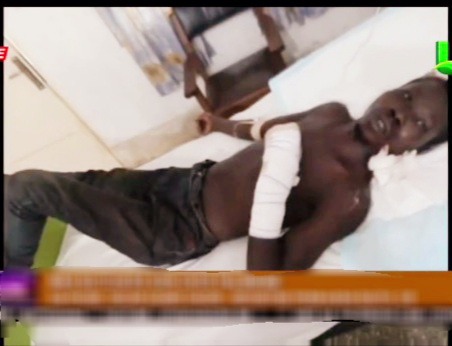 According to UTV reporter Oscar Adawu Dadzie, a man named Godwin Tei popularly known as Pampara living in a community at Assin South District in Central Region with his sons are into palm wine tapping. He said that, initially the 60 year old man had about 20 of the palm trees but increased it to about hundred (100) palm trees. He gave part of it to one of his sons, Kwame Atta who is so dear to his heart.

From the reports, the two brothers had the misunderstanding when their hardwork had to pay off. The first one who is dear to the father's heart decided to cheat the other one who also decided not to allow that happen.

He went on to say that, the man called Isaac one night as if to tell him something not knowing he had a sharpened cutlass hidden. Immediately Isaac got to where his father was, the man started to butcher him from his head,neck, arm which made him scream for help. Neighbors around came to his rescue. 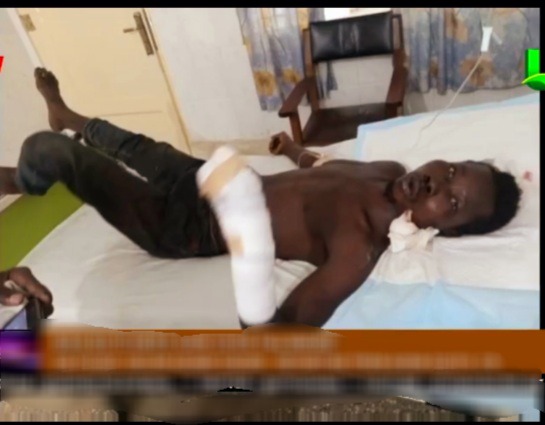 He was then rushed to the Saint Francis hospital and is in a very critical condition.

Godwin Tei is also in police custody as the police do further investigations.