Another sad and unfortunate news has hit the country in a town called Assin Manso, which is about 40 kilometres along the Cape Coast-Kumasi highway in the Assin South District. 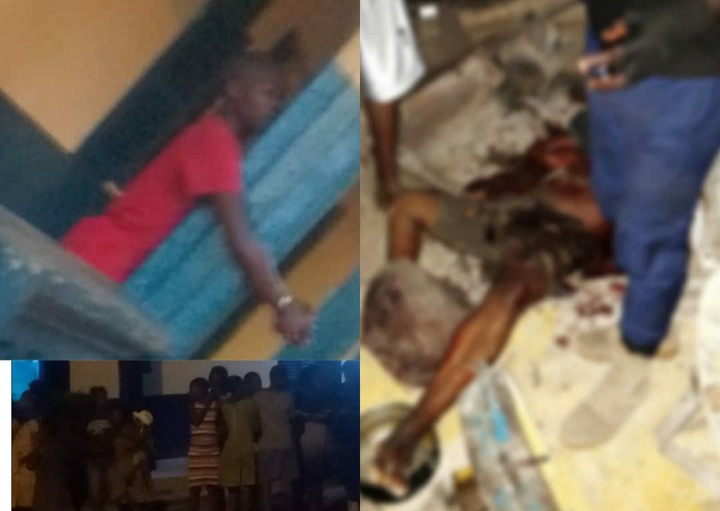 A 22-years old boy called Akwesi has murdered his father in cold blood and has in turn reported himself to the police after the tragic incident which occurred around 5:30 pm today. 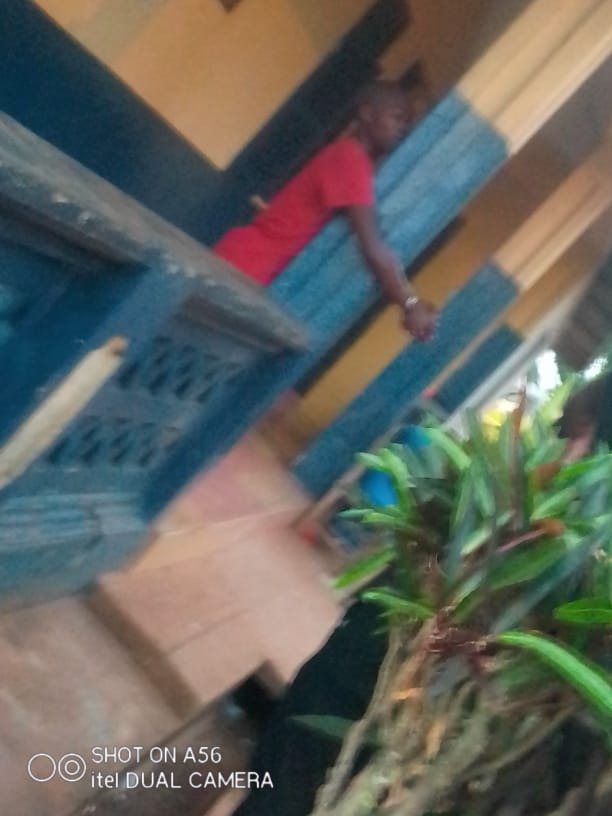 Akwesi tied to the pillar at Manso police station

The father was called Akwesi Dagati, according to family members the 22-years old Akwesi is mentally challenged and was living with her mother elsewhere. Because of his condition he was brought to his father to be taken to the hospital some few days ago but he insisted.

According to eye witnesses, the man who this unfortunate incident has occurred to was a corn mill operator and at around 5pm they were at the shop milling their corn when they saw the man’s son entering the shop with a knife in hand. Immediately he got to his father he started stabbing him at his back and later to his chest. They stood there watching because they were ladies and there was nothing they could do so the had to rush out and call for help. 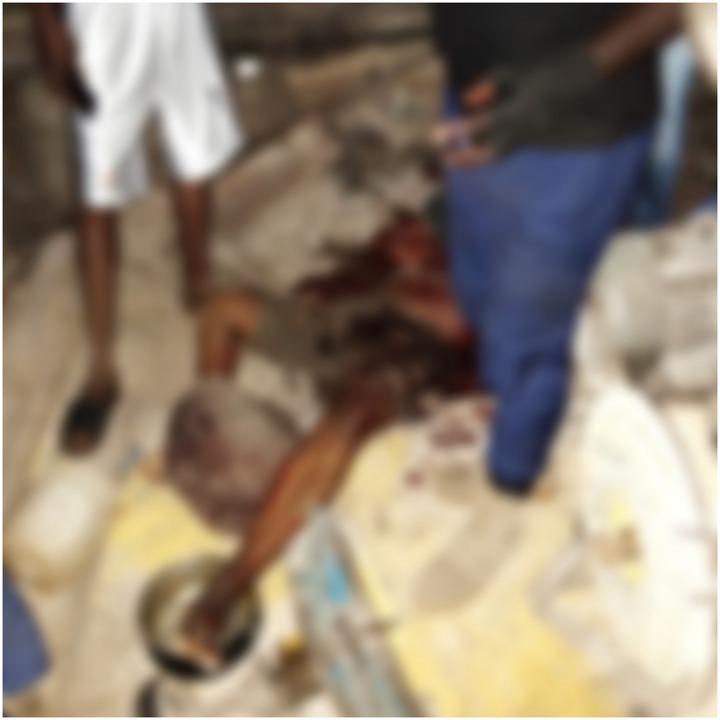 The deceased lying at the corn mill

By the time help came, the man was already dead and there was nothing anyone could do to bring him back. Akwesi left the murder scene immediately, but reports suggest he went to turn himself in at the Manso Police Station and now in Police custody. 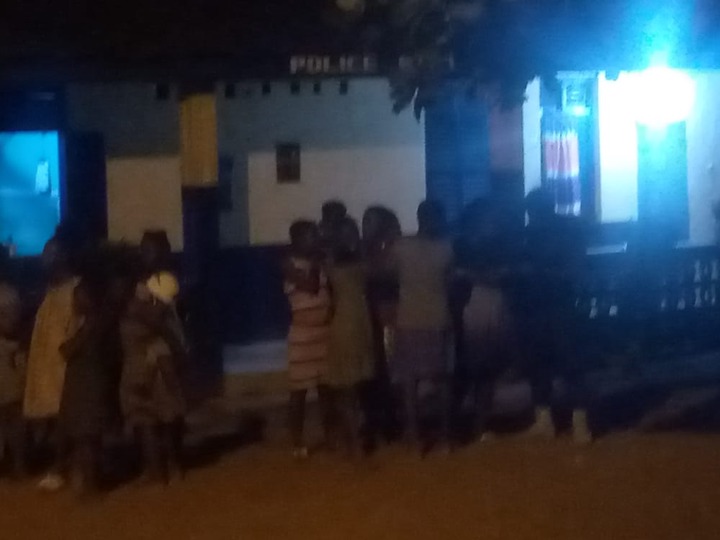 Several resident went to the police station to attack Akwesi but the police didn't allow them to go close to him.