By ArabaThomas (self media writer) | 1 month ago

Only the law court has the authority to punish anyone who violates the country's laws. The offenses of those who break the law determine what punishment should be meted out to them.

However, some Ghanaians have refused to bring criminals to the police station so that the law can deal with them, instead resorting to mob justice.Despite all of these penalties, armed robbers and other criminals continue to operate.

A car thief boldly stole a vehicle from a military officer in broad daylight at Akyem Tafo in the Eastern Region yesterday.

Sergeant Eric Okyere Agyapong, a physical training instructor at the Northern Military Command Headquarters, was at a mechanic shop where the suspect was working at the time of the daring incident. 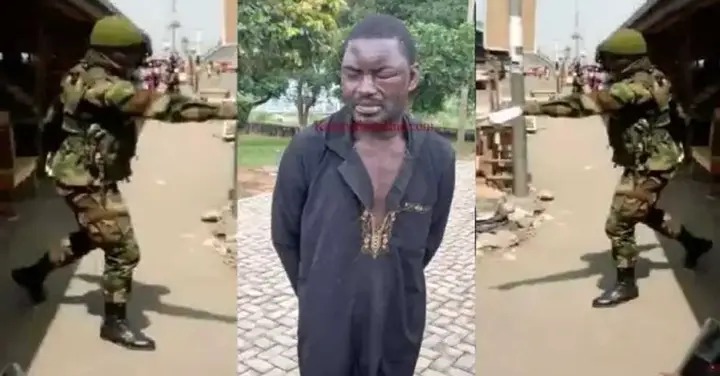 According to eyewitnesses, the suspect fled in the soldier's car while he was attempting to repair the faulty vehicle. After that, the soldier hired a taxi and pursued the suspect.

Unfortunately for the suspect, who was speeding in the stolen vehicle when he reached the Suhyen-Jumapo stretch, he collided with another vehicle. 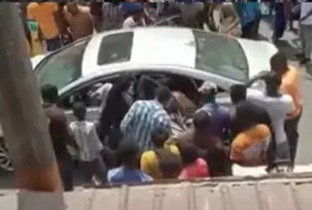 All of his suffering came to an end when the soldier raised an alarm and was apprehended by some town youths.

Because the suspect resisted arrest, he was pepper-sprayed and beaten several times before being overpowered and taken to Jumapo Police Station.

Do you think it is good they beat him?