Tragic Death: Painful Story Of How A Man Was Shot Dead In Ashanti Region

By KofiLegit (self meida writer) | 22 days

One of the most Painful thing that can happen to any family is to lose their loved one to death. It is a known fact that there is no human being that is Immune to death, because death is inevitable. That is why it is advisable that we should not keep malice, or quarrel with one another. But it is our solemn prayer that none of us shall die Prematurely. 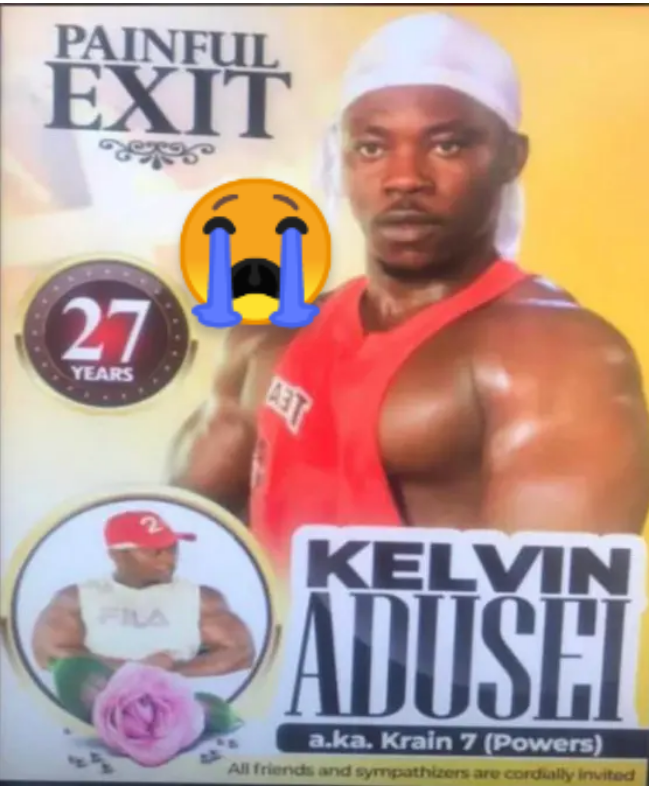 There is a tragic story that has virtually gone viral across all social media platforms, where a 27 year old man was Reportedly shot dead in Ashanti Region during a chieftaincy coronation.

It was gathered that after few hours the man shot him, Kelvin died the next day. When the new of his death was made known to the general Public, the man who shot him ran away. But the furious friends of Kelvin followed him and killed him too. "Kelvin Adusei" is known by most of his friends as "Krain 7" (Powers).

Meanwhile, the family of the deceased have disclosed that they are making plans to perform his funeral soon.

May his Gentle Soul rest in Peace.

"We are not in heaven that is why we don't have an angel is an IGP": Johnny Hughes descends on IGP.

“I've gone through a lot in my life, and now that my son has a job, he's been killed” – mother