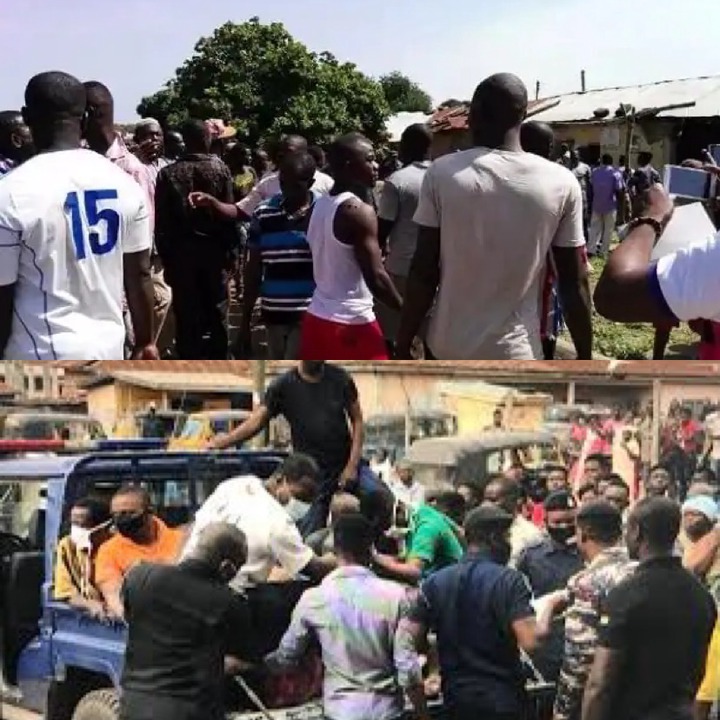 Another theft hits Agona Swedru with this thief landing some heavy slaps on the face of the person who slapped him from the crowd. When thieves are caught, they’re humiliated in several ways and it is obvious that slaps and some knocks from a calm crowd is the best of their punishment at that very instance. Some thieves who are unlucky and meet angry and merciless crowd are either killed or are severely injured by the crowd. 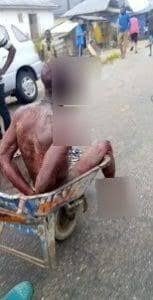 This thief who is reportedly popular for car thefts and motor thefts was finally apprehended by a swedru station master and MTTU officer in the early hours of today. The man was allegedly making his way out of the station with a Kia morning taxi at an angle where he closely observed and noticed no one was watching him. He successfully moved the car to a point where he needed to enter the main road when the owner realized his car had been moved. 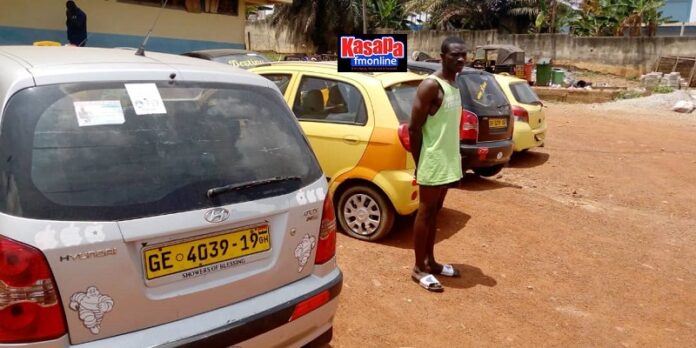 He quickly sat in another car and used the one way road from the station that led to the main road only to see his car moving at top speed. The thief was chased down with the help of one MTTU officer and the station master. When this thief who is reported to bear the name Sethoo was brought to the station, drivers who were angry and had fallen victim to car thefts unleashed their anger. 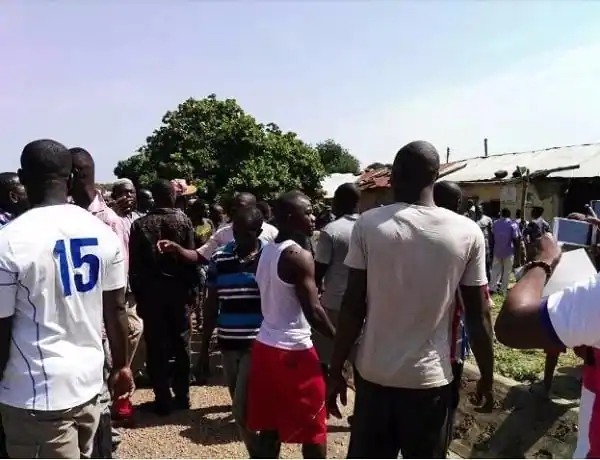 One angry driver landed a heavy slap on the face of the robber and due to involuntary reflex from the driver as a result of the the intensity of the slap, he slapped him back and was instantly mobbed and having serious bruises and scars. Agona swedru police station is interrogating him to find out if he has others he is working with in order to get hold of them and bring them to justice.