3 people were killed in a shooting at the University of Virginia, and the shooter is still at large. 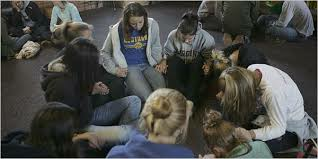 According to authorities, a suspect is on the run after a shooting at the University of Virginia in Charlottesville on Sunday night resulted in at least three fatalities and two injuries.

The fact that "several" law enforcement organizations are actively looking for Jones, who they described as "armed and dangerous," was confirmed by both Ryan and the police. The university community was instructed by police to "shelter in place" in the interim.

As of this writing, the shooting has claimed three lives; two additional victims were hurt and are currently receiving medical attention, Ryan stated in the statement. We are collaborating closely with the victims' relatives, and we will provide more information as soon as we can.

Jones is characterized as a Black man sporting red shoes, a burgundy blazer, and blue jeans. According to authorities, he might be operating a black SUV with Virginia registration plates.