Ghana has an incredible array of futuristic completed, and ongoing projects in the country. But what most people don't see in hindsight is the disheartening reality of magnificent projects and buildings being abandoned for whatever reason and it's just sad. So today, let's take a look at some abandoned projects which would have been game changers for Ghana, if only they could have been completed.

This abandoned housing project is located at Prampram in the Ningo Prampram District along the Aflao road in Ghana. This project was started back in 2012, 10 years from this current year and it's still untouched. 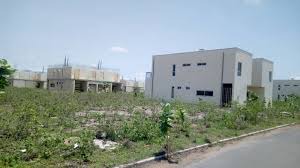 This abandoned housing project is perhaps the most famous abandoned project in Ghana since its garnered fame, which spiraled into public outreach back in April 2021 when the public realized they have been bamboozled out by an amazing initiative. 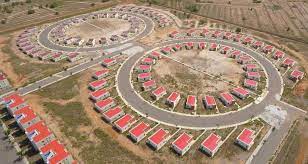 This project was meant to be a 5000 residential unit facility of over 1 500 flats to ease the accommodation deficits in Ghana. It sits on a 300-acre land with one to three-bedroom flats meant for low-income earners who apparently, are the majority in the Ghanaian working force. This project wasted 200 million us dollars of the Ghanaian taxpayer's money just to be abandoned and left to rot by the government. Even though it has been completed but since failed to be operationalized.

This project is located at Ho in the Voter Region of Ghana. It was started in March 2018 and was expected to be completed in February of 2019 and to date, it has been completely abandoned. 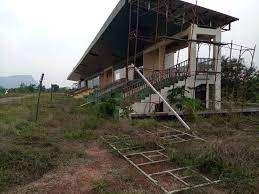 It was meant to be a multi-purpose Youth Center with a 10 thousand-capacity sitting area around a football pitch. Which was expected to provide a FIFA standard experience. 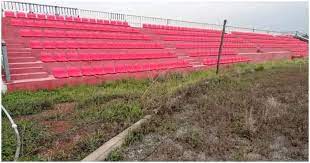 With an eight-lane athletic track around the pitch and also included a basketball court, a tennis court, and a handball court, amongst others, Which is a very visionary project and was feasible. But this 2. 4 million-dollar project has been left at the mercy of cattle who use this facility as grazing grounds, and also some people use this facility as grass cutter hunting ground, which is not just demoralizing, but a blatant waste of the taxpayer's money. 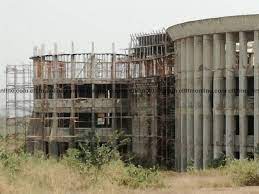 This project is being executed by the University's College of Architecture and Planning, in collaboration with the Ghana Education Trust Fund, and would be instrumental in providing healthcare delivery to the Ashante Region of Ghana and becoming a leader in medical and healthcare training in the country. 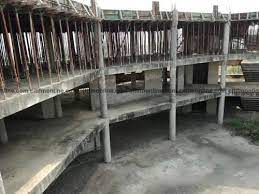 The king of the Ashanti Region of Ghana lamented the state of the KNUST hospital in 2020 and in late 2021 nearing the end of the year. The vice chancellor stated funds had been secured for the hospital project to begin. Hence we are patiently waiting for the abandoned building to be resumed.

The Ghana Skytrain project is a 2. 6 billion dollar project, which Ghana on the opening day of the African Investment Forum in Johannesburg in 2019 agreed with a South African company to be built in Ghana. 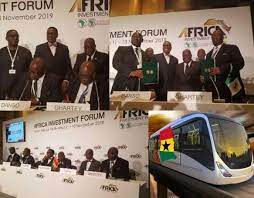 This railway network was to be built above ground and excited whoever heard of this project. The train tracks were to be 194 kilometers long and transport 400 000 passengers a year within the Greater Accra Region of Ghana, whilst covering five routes and creating 5 000 jobs for Ghanaian citizens. 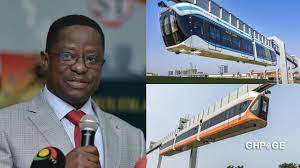 But apparently, when discussing this project, the representative of Ghana was just building castles in the air, because according to the minister for railway development, this project was too expensive to be discussed and to talk of pursued and no further talks have been attached to this project and the thought of this project has been abandoned, but hopefully, it will be revisited someday since any project which promises employment for the vast majority must be considered so as after on. These projects have to be completed since Ghana has no future, if it keeps throwing away the taxpayer's money and doesn't even see these projects.