By Giinagh.com (self meida writer) | 16 days

Veteran Journalist and editor in-chief for the New Crusading Guide newspaper, Abdul Malik Kweku Baako Jnr, has questioned the veracity of the report filed by the Ghana Police Service which claims the Ejura protestors were armed and fired at the security officers in the deadly clash on 29 June 2021. According to him, there is no material evidence to that claim and as such cannot be tendered as a valid justification for the ‘killing’ of the two young men during the riot.

On News File this morning, Kweku Baako Jnr stressed that he is not convinced that any of the protestors fired a gun at the military during the clash. He added that the video evidence that had already gone viral about that incident equally does not support the Police and military’s report.

He noted that it would have been more convincing or convenient to say the protestors wielded machetes, knives or any other item and not guns which they [security] had alleged was fired at them when they were attempting to disperse them.

“My instincts, my hung tells me that story of the protestors being armed…is bogus! It cannot be true. We’ve seen different types of videos. They were armed…maybe machetes, knives, sticks but nobody can convince me that they had weapons. That they were firing at the military and the police. I cannot be convinced.”

Kweku Baaku told Sampson Lardy, the host, that producing exhibits of any bullet shells of the weapons that were fired by the protestors could have at least been taken at the Justice Koomson’s Committee of Public Inquiry into the Ejura Killings, to give weight to their report. He stressed that in the absence of which [evidence], all that is said by the police and military is untrue.

“Is there anything of evidential value? Apparently, they even went to the committee and they had not picked exhibits in terms of bullet shells. No, I can’t believe it! If they were true, I can bet you that before they went to the committee, they would have done that crime scene management and in the process allocated shells which will be part and parcel of their defence. They don’t have it; they didn’t send it because it didn’t exist.”

An account by General Officer, Commander of the Central Command, Brigadier General Joseph Aphour at the hearing by the committee indicated that his officers were compelled to fire at the protestors in retaliation to what the protestors threw [gun shots] at them.

A testimony by the Medical Superintendent of the Ejura Hospital, Dr Mensah Manye revealed that the casualties from the riot were shot from behind. Two young men were shot dead and two others severely injured. 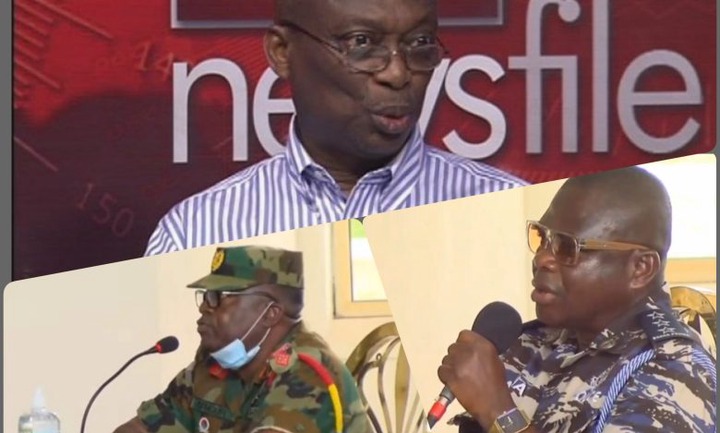