By Tawheednews (self media writer) | 9 months ago Police have arrested a 35 year old man with gun and drugs after he fell down from a motorcycle upon seeing the Police.

According to the Police, the suspect was part of three men on a motorcycle who were running away from the Police after seeing the patrol team.

Personnel of the combat 4 team were on a patrol when they saw the three men who decided to run away, but unfortunately for one of them, he fell from the motorcycle and was arrested by the Police.

After a search was conducted on the suspect, foreign made pistol and some rounds of am munitions was found on him. 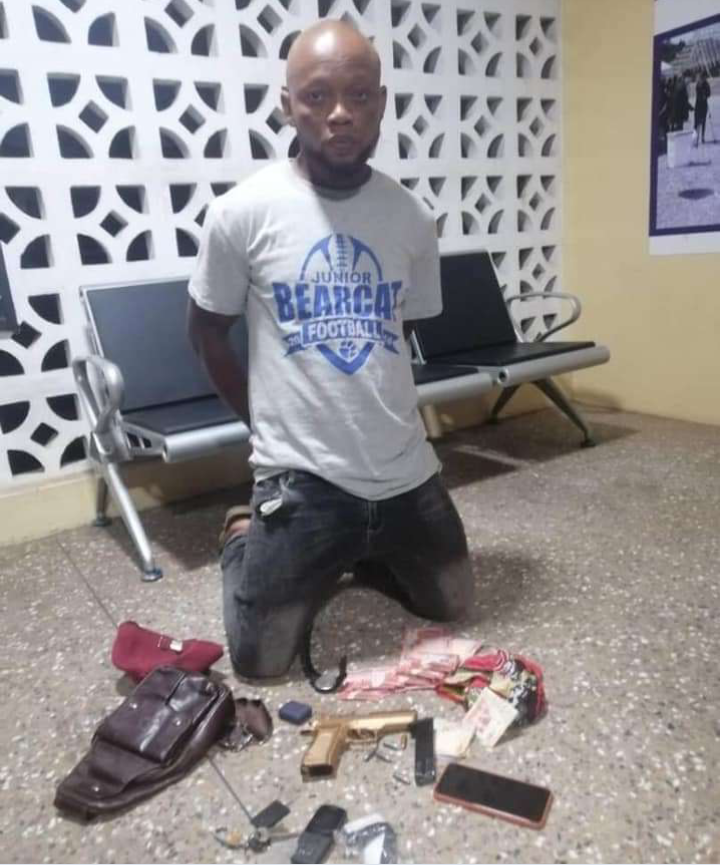 The suspect Yussif is currently in Police cells to assist in further investigations by the Police.

It is not clear why the three men decided to run away after seeing the Police, but it is believed that, they are suspected criminals.