By GhMedia (self media writer) | 4 months ago

Joyce Dzidzor Mensah and Dr. UN seem to be experiencing issues just a week after they announced their alleged marriage on social media.

The two social media sensations have made every effort to convince people that their marriage is real, even though many internet users have expressed the opinion that it is all a fraud. 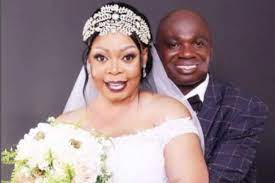 But in an odd turn of events, Joyce Dzidzor, a former AIDS ambassador, has revealed on her social media pages that their marriage is already having problems.

In a comment posted on her Facebook wall, Joyce expressed her desire for marriage to generally be accompanied by some sort of contract that would allow either spouse to leave the union at any time. The socialite from Germany stated that she was experiencing some form of despair as a result of the alleged marriage not turning out the way she had hoped. 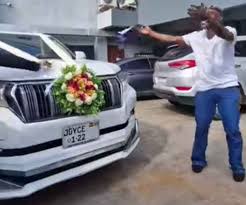 Check out what she wrote below on her timeline.

‘I think marriage should be contractual. Maximum years of living together 3 years and a minimum of one month so that when both of you are not compatible, you can terminate the marriage contract. I am going through a lot right now Feeling depressed 😷😷😭‘ 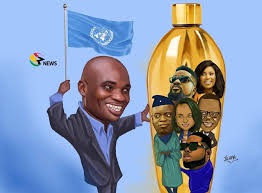 It seems convincing as a trickster and self-acclaimed Doctor of Philosophy Mr. Fordjour proves beyond reasonable doubts that he is indeed married to Ms. Joyce Dzidzor. The two are known for scamming and cunning behavior. Dr. UN has a history to have come under the name of the United Nations Former General Secretary Late Mr. Kofi Annan to issue some awards to musicians and those in the media fraternity although he was not given any authority to do such. The United Nations issued a disclaimer and dissociated itself from such an award scheme. This generated a lot of fuss.

Netizens are very skeptical about really believing if this marriage is true or false. Well, I guess time will unveil all we need to know.