I use them for rituals: Another baby thief makes a big confession to the Police

The Sefwi Wiaso District Police Command has apprehended a young woman believed to be a baby thief.

The culprit, Paulina Owusu who is also known as Pokua was arrested whilst trying to abscond with two babies whose identities are still unknown.

Upon further interrogations, she confessed to harboring the intention of using the babies for rituals. 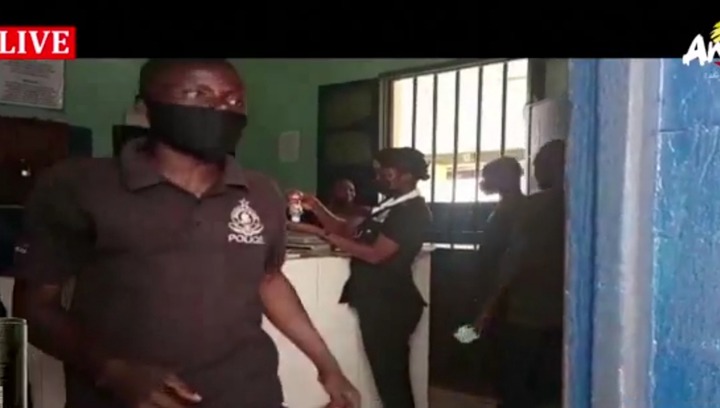 According to him, Pokua lives in Sefwi Wiaso but committed the crime at Panikrom. The Police Commander further narrated that the police got wind of the whereabouts of Pokua where she was arrested together with other accomplices.

"The two babies found in her possession are just two weeks old. She was not alone in the crime but was arrested in the company of other accomplices (Stephen Owusu, Haruna Yousuf, Sampson Addai, and Kofi Nkrumah). They have all confessed to committing the crime and we have paraded them before the court". He noted.

According to him, Pokua also confirmed to the Police that she uses the babies for ritual purposes. He says Pokua has been arrested before on similar crimes.

"We have arrested her on a similar offense before. Whenever she is pregnant, she gets herself involved in such acts. She has told us that she uses the babies for ritual purposes. She is currently on remand with her accomplices". He noted.

It would be recalled some health workers were nabbed by the security agencies in the country for allegedly selling babies.

The issue got most Ghanaians angry and condemned the act. Many called on the laws to deal with them if found guilty. This recent case at Sefwi Wiawso has further compounded the issue of baby stealing in the country.