6 Persons Arrested For Inserting A Stick Into The Anus Of A Teenage Boy. (Pictures) 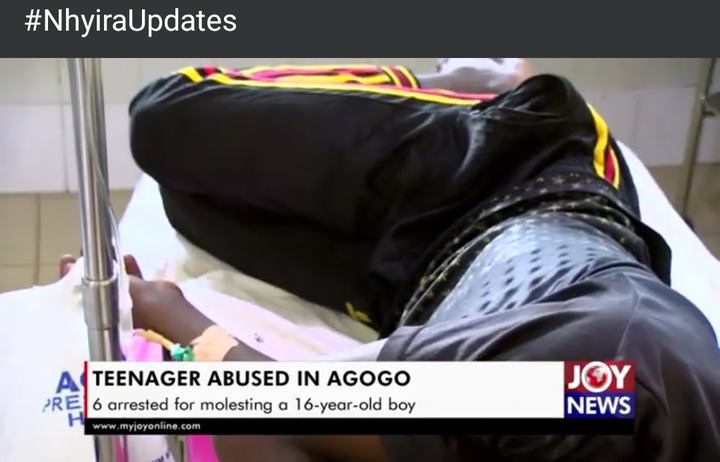 According to Nyira fm news in Kumasi, a seventeen year old boy has been molested by a gang of six men including a seventy year old man at Agogo, Kumasi in the Ashanti region.

Sources has it that the seventy year old man who is a shop owner at Agogo came to his shop and saw the seventeen year old boy attempting to break into his provision store to steal his items. Delivering his report the shop owner revealed there had been several attempts by the young boy who is described as a notorious person to break into his shop but he couldn't get hold on him until the recent attempt. 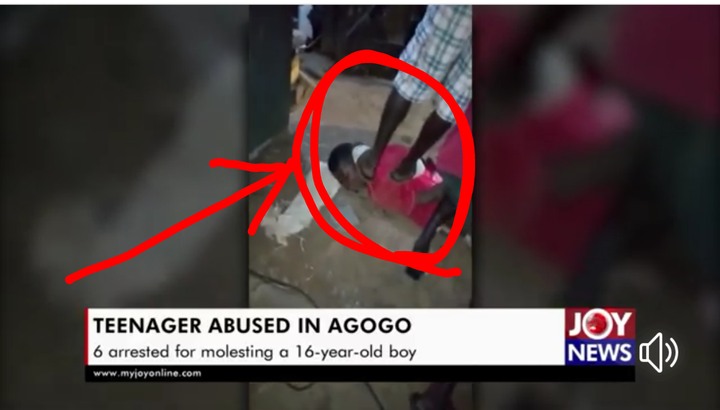 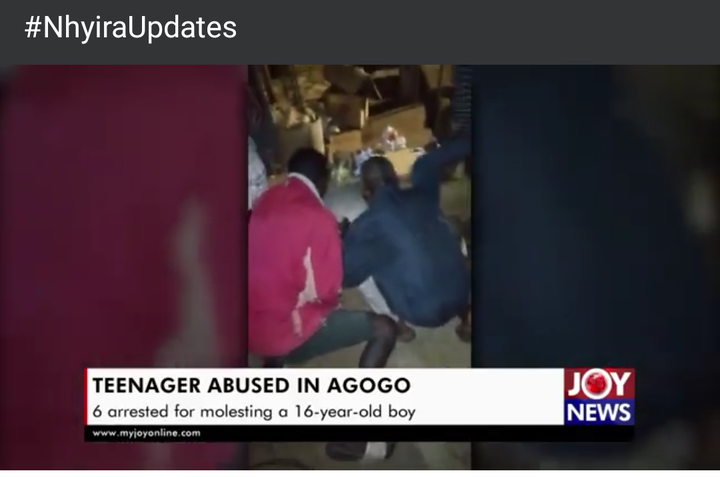 According to eye witness, the young big was heard shouting for help and to their surprise they saw 5 strong men strangling the boy while he was lying on the floor with the shop owner inserting the stick into his anus. The boy after the incident lied there motionless until some good Samaritan came to his rescue where he was immediately taken to the nearest hospital. 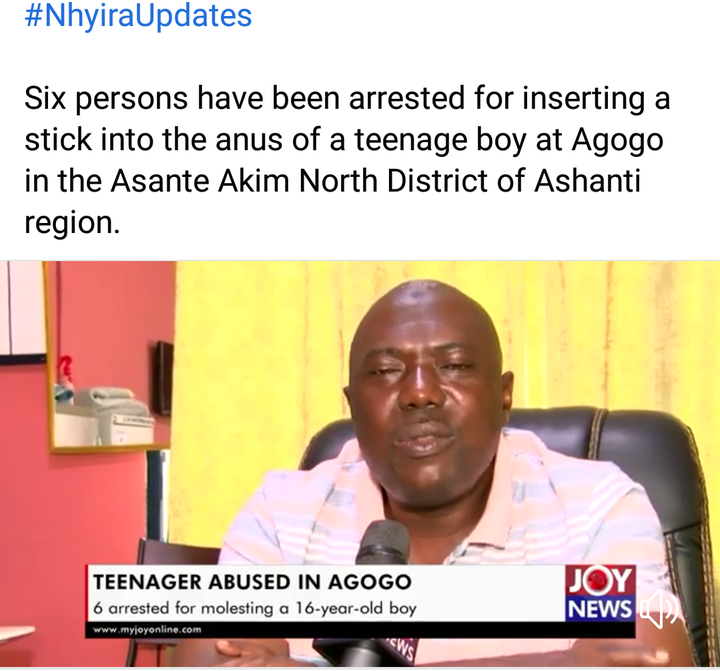 The Agogo police commander, confirmed that the six culprits are in police custody awaiting the case to be taken to the law court for judgement. He further urge citizens not to take the laws into their own hands and give out instant justice to thieves and criminals caught. 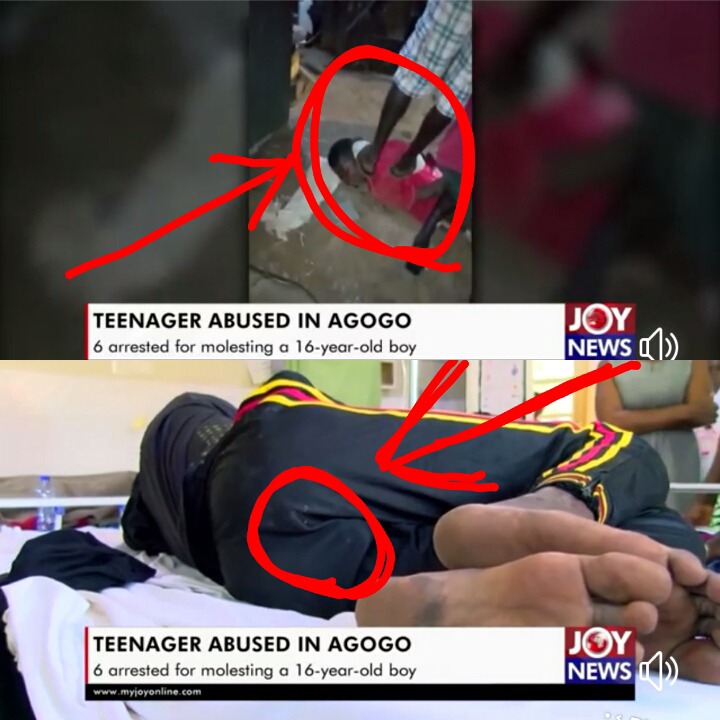 Do you think despite the 17 year old boy tempting to steal from the shop, it was advisable to give him such a punishment?