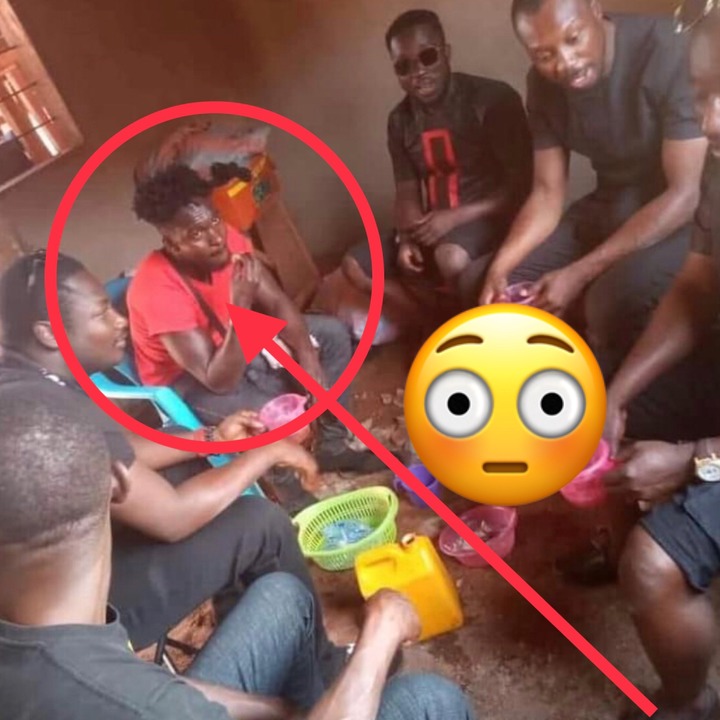 The recent circulating news that has undoubtedly sparked massive stir, debates, and arguments across all social media platforms was even another rare photo of the shot and killed 28-year-old, Albert Donkor dining with Nkoranza police officers finally popped up.

According to the #FixTheCountry convener, Oliver Baker Vormawor, the deceased, Albert Donkor ate and drank with the police officers in Nkoranza South who later accused him of armed robbery hence leading to his untimely death.

In addition to this, it was also revealed that the deceased had so many friends who were a part of the Nkoranza police department hence vindicating his [Albert] claims of recognizing the robbers as police officers from the town. 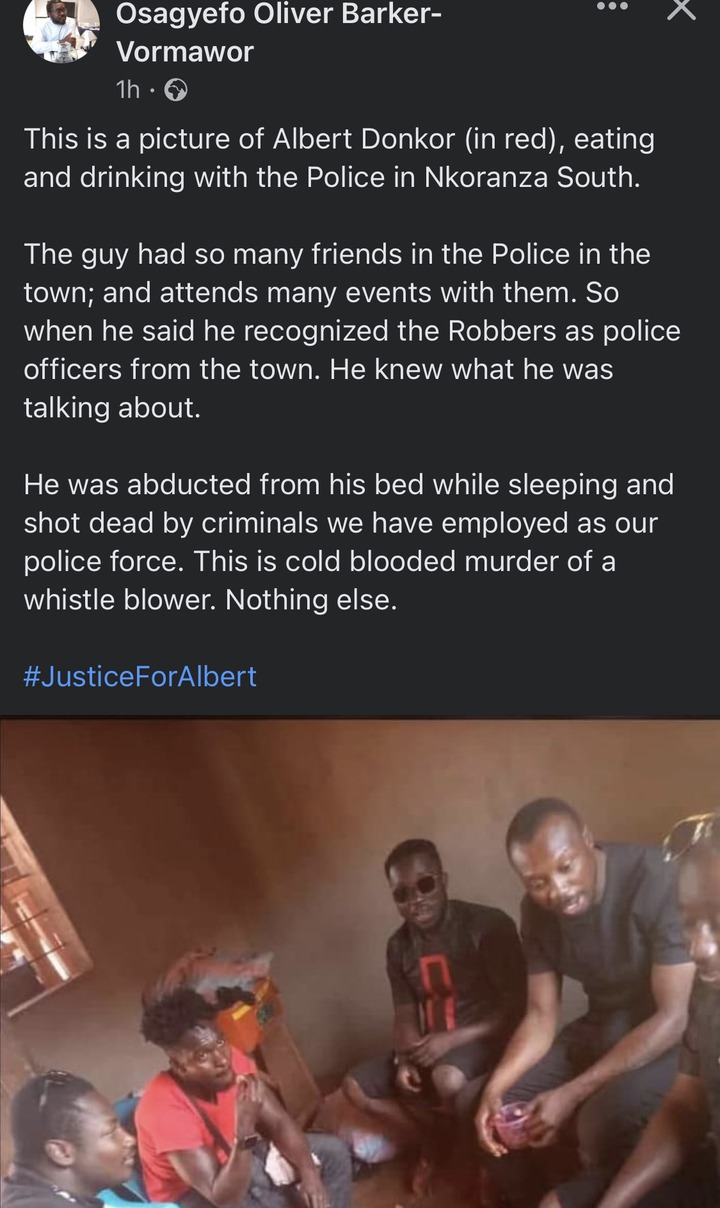 Do you think that the men eating and drinking with the deceased, Albert a police officers at Nkoranza considering the rare photo even as revealed by Oliver Baker Vormawor even though most individuals claimed otherwise?

Do you think that, Albert was part of their numerous criminal activities if indeed the police officers in the above rare photo were involved in such unlawful act?

Do you think that, Albert was unexpectedly eliminated by the police officers after daring to expose them even though most individuals claimed otherwise?