We Wanted To Finish Them: Armed Robbers Run For Cover After Operation Went Wrong 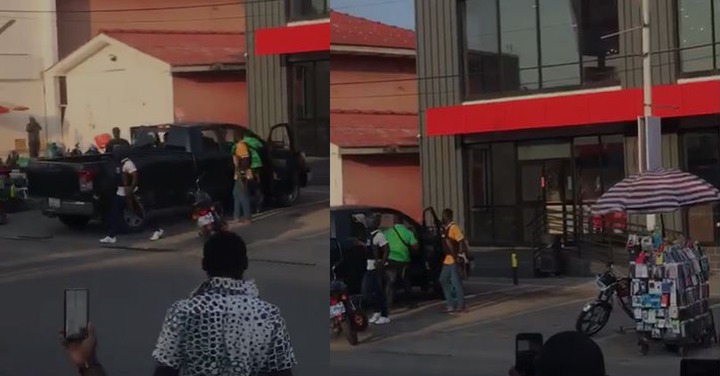 There are always good and bad days for everything we do. Unfortunately, bad days come with bad luck and might end one in huge trouble. Armed robbers sometimes have good days but when luck eludes them, they land in serious trouble.

Some armed robbers are currently assisting the police in investigations after their planned operation failed. Available Information alleges that the armed robbers went for operation but it failed and at the moment decided to run with the vehicle they came with. Unfortunately for them, the area boys started chasing them and they had to seek refuge.

The armed robbers who were four in number had to plan on the next move but in the heat of the moment, two of them moved the vehicle and left the others. The remaining two moved into the popular food joint at Osu and decided to seek refuge, they were helpless and the police had to come to their rescue. Residents and other bystanders gathered in front of the food joint and decided to make sure the robbers are apprehended, the police quickly came to the scene and surrounded the food joint. 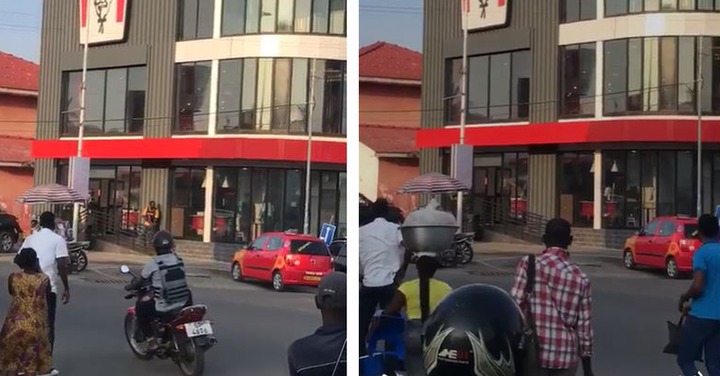 With the armed robbers holding ammunition in mind, the police officers who arrived at the scene tactfully surrounded the place to fish them out. They were ready for a gun battle should the armed robbers try anything bad. Fortunately, the armed robbers gave up and the police arrested them. They were seen being accompanied to the pickup vehicle. Residents who were around at the time of the incident were shocked at the turn of events as everything unfolded like a movie. A man, Gabriel Batistuta who claim to have witnessed the entire incident indicated that the community members realized the two armed robbers had no guns and wanted to finish them until they moved to the Osu KFC food joint. “We wanted to finish them until they run into KFC”. He indicated.

This is a perfect example of community members collaborating to help the police to arrest criminals. They are currently in custody assisting the police in investigations. The police are working to ensure the two others are also arrested.