Tagoe Armah, an Okada rider at Kadjebi has been confirmed dead after crashing with a VIP bus this morning. Tagoe was coming from Sarpoe Junction, a rural farming town which is few kilometres away from Jasikan when he met his untimely death. He could have slowed down and used the junction as everyone does, but I guess he was in a hurry which made him forget himself before crashing the bus, said Forduk William, an eyewitness. 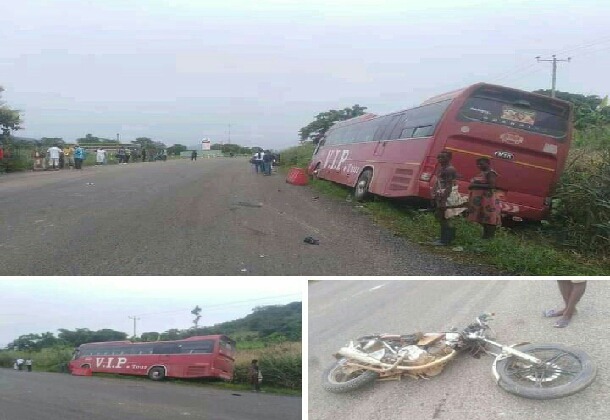 Forduk a resident of Okajakrom, is a taxi driver who loads from Sarpoe junction, a junction on the Jasikan stretch to Kadjebi. I was about to pick a cassava sack from the road into my car when I saw Tagoe coming. He is a very calm person and owns a farming land at Sarpoe so he comes to check the farms every weekend, usually on Fridays and lives back on Monday to Kadjebi.

His wife was in labour and he was in a hurry to move from Sarpoe to Kadjebi to see the wife as she was about to give birth. He forgot himself when he got to the junction because of the situation he was in, so he never checked to look left or right as everyone does when they are about to hit the main road.

I shouted at him hoping he was going to stop, but he didn't stop and went straight to the main road. The VIP was coming from Accra and wasn't far from the junction but Tagoe still went on the road without stopping. The speed he was riding the motorcycle was high so as he tried to bend the junction curve to the main Jasikan to Kadjebi road, he lost total control of the motorcycle and fell on the highway. 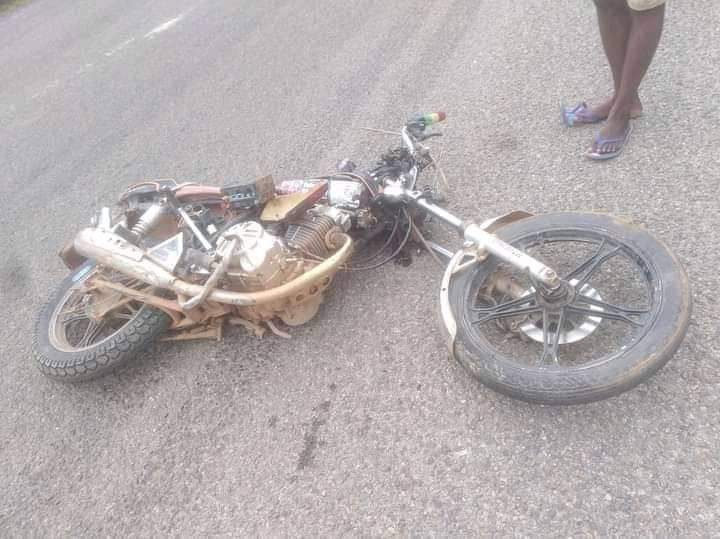 The VIP bus driver did his best to save him and almost crashed the passengers onboard the bus, but all this couldn't save Tagoe as the bus hit him at tough speed. The crash rolled him from where he fell, which was few inches away from the motorcycle and lifted him into the farm where the bus came to a halt. The driver of the bus did his best to save him but it wasn't enough as we found him dead on the farm. 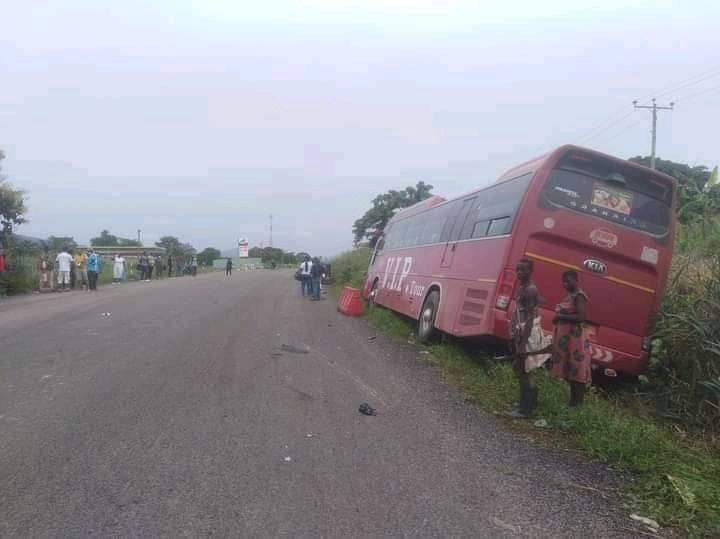 Even if he had survived, he would have been crippled looking at how he was lying dead when we found him, said Forduk William, a taxi driver at Sarpoe Junction. Tagoe was in a hurry to go see his wife who was in the labour ward but couldn't reach the hospital and died at Sarpoe Junction of the Jasikan to Kadjebi road. All passengers on board of the bus were all without injuries except the bus attendant who had his head crashing the bus gate after the driver managed to land the bus on the edge of the road. 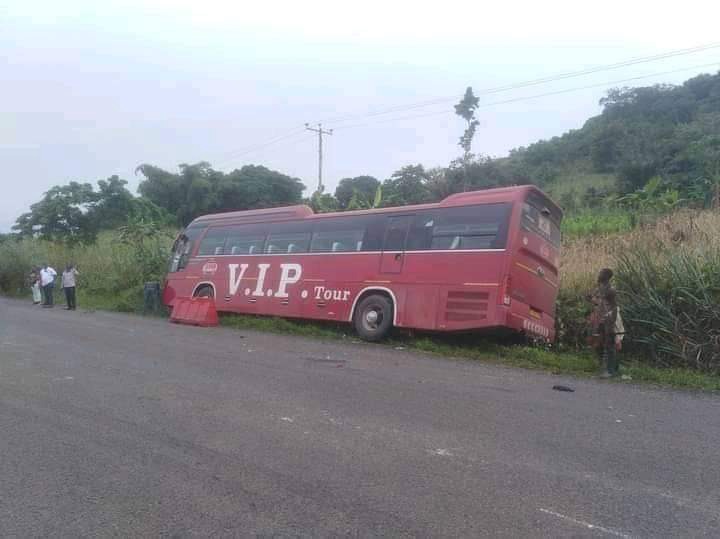