By Epaphras (self meida writer) | 20 days 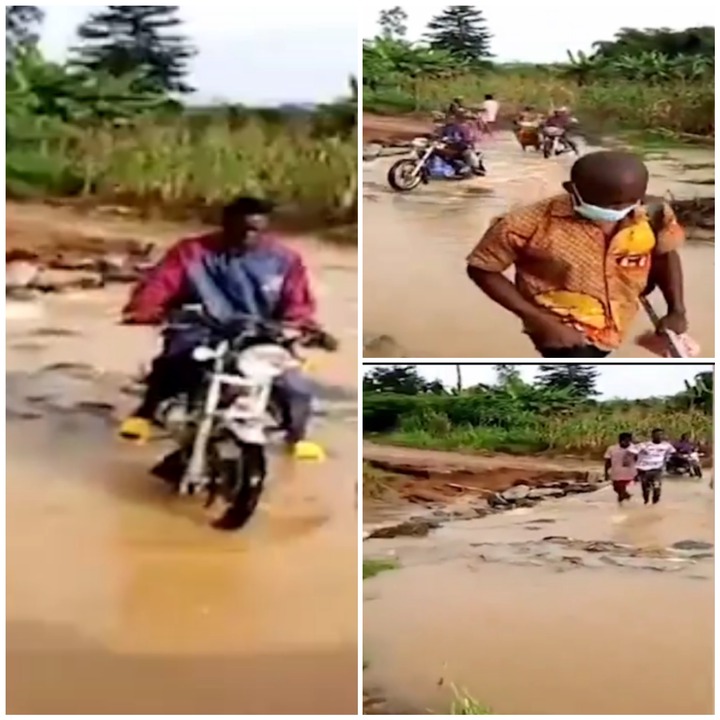 The current and most common cause of most road accidents is the unreliable road networks or bad roads. These road networks are caused by both natural and human factors, and can lead to numerous inconveniences and threaten the lives of individuals and the nation at large.

In view of this, a video circulating on the internet reveals the bad road network in a town which was reported to a media by the media's regional reporter. 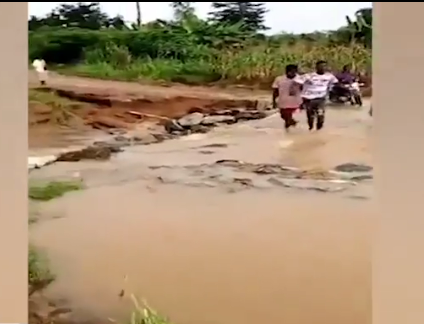 In the video, the road network of a town in the Eastern Region, known as Suhum Amanase was captured, and reveals the current state of the road. The road was flooded with a large amount of water, which almost resemble a dam, and hence preventing the movement of people and goods from one end of the town to the other. 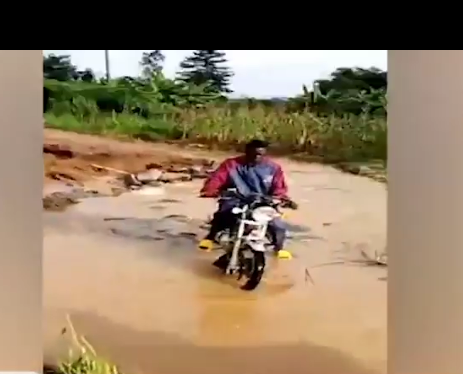 According to the reporter, the town, thus; Suhum Amanase is one of the town which is mainly responsible for the large production of "Gari" in the region. In view of this, several economic activities takes place in the region, and hence requires an adequate and convenient road network for the movement of such good.

However, a heavy rainfall occured in the town, as well as other parts of the region and unfortunately, the road network leading the town to it's regional capital- Koforidua, was flooded and damaged by such rain. In view of this, the movement of people out of the town for their various activities is at risk and very inappropriate.

He further explained that, fortunately there is another route that can lead the town to it's regional capital, but such route is quite lengthy. That is, it could take about 2-3 hours to move to and from the town to the regional capital and as such very costly.

He claimed the such inconvenience caused by natural action is very deleterious and hence, limiting the potential of such individuals in the community which can affect their economic activities for survival. 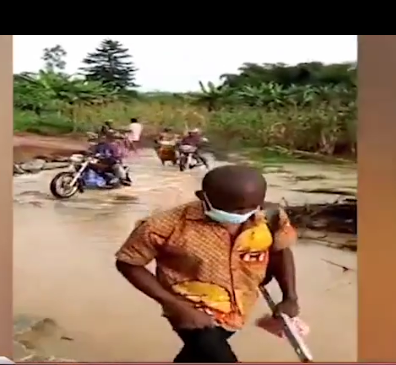 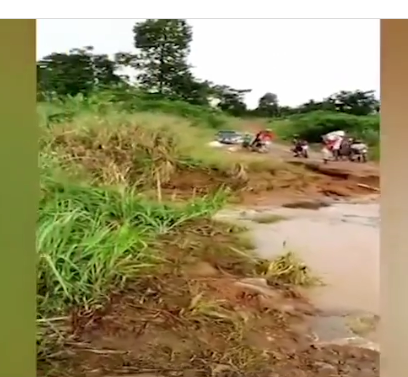 There are so many Sycophants around the President- Johnnie Hughes Fumes as We Celebrate Dr Nkrumah.

Easy Ways To Get Along Pretty Well With Your Pet.