Emmanuel Nhyira Darkwa spent 12 years of his life at Nsawam Prison after an unfortunate incident happened to him. When he came out of prison, his wife had left him to marry his friend, he had lost his mother and twin sister, the only family he had. Before all these happened to him, Emmanuel left his village, Wassa Akropong to Accra to work.

He worked as a coconut seller in front of Tesano Police station. One day two men came to him for his truck. He had hired the truck he was using for his work so he told them to go with him to where he hired the truck. They did not comply but instead fought with him. One of them pulled a knife and cut his forehead. Emmanuel also hit one of the guys with a stone and he started bleeding profusely. 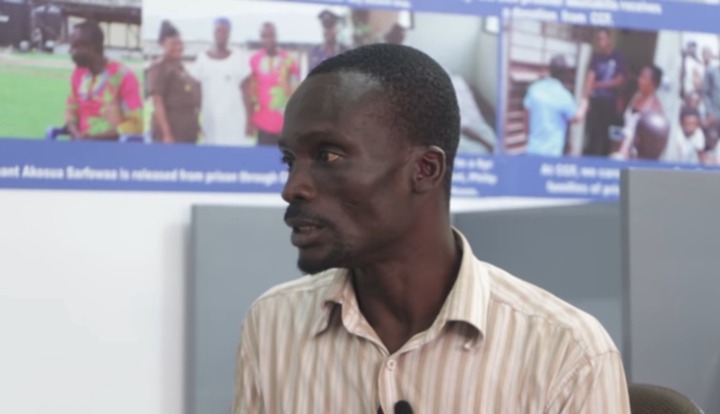 Some men around joined in and ganged at him with knives. He also took a knife he was using for his work and threw it at them to scare them, but unfortunately, it hit the chest of one of the guys and he collapsed. All of the other men around thronged on him and the police came to his rescue. The injured persons were taken to the hospital.

Emmanuel spent a week in a police cell before being taken to court and was remanded for one month. However, the one month remand turned to 2 years at Nsawam prison. One day the officers called for all those whose case had not been tried and was taken to court again two months afterwards. Fortunately for him, the man he hit in the chest with a knife did not die but was in the hospital for almost 6 months. 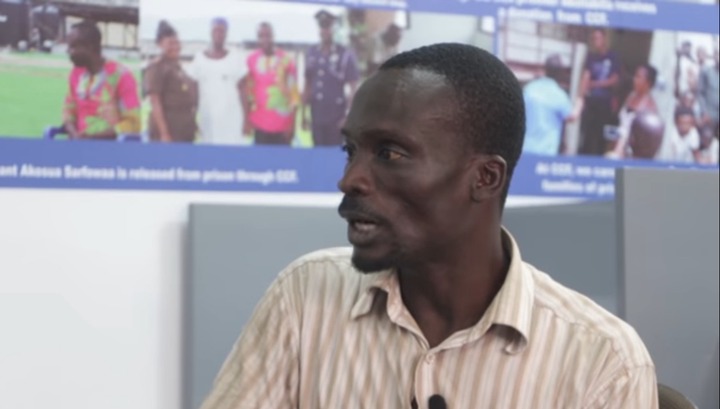 Emmanuel was then asked to pay GH₵7200 for the hospital bills else spend 8 years in jail. He was given another 4 years sentence for his crime. Since he had no money, he had to go back to jail for 12 years. Emmanuel had a wife and three children. After visiting him a few times, his wife left him to marry his friend. This friend was the one he left his village together with to Accra. He was the one who even reported to his family when he got arrested.

But his wife left for his friend, leaving the children with Emma's twin sister. It was his twin who was taking care of the children and was visiting him. After some time she stopped coming and later found out he had died. His mother first died out of much sorrow. Now out of prison, Emmanuel wants to go into weaving Kente for sale, which he learned while in prison.