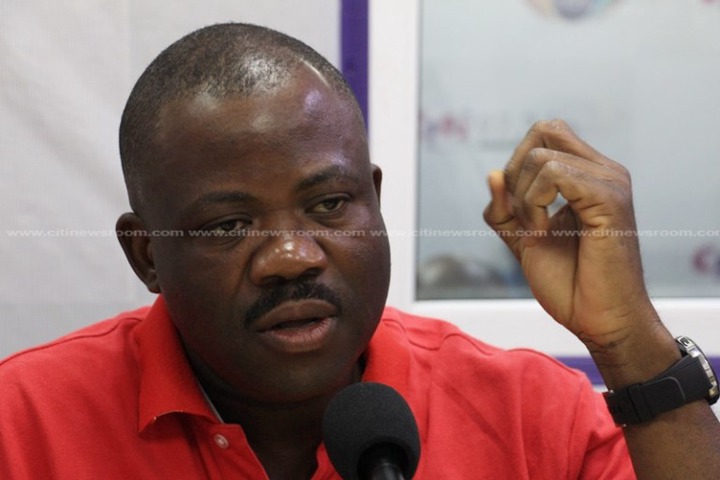 The police made the discovery while protesters massed up at the El Wak Stadium on the second day of the Protest which turned sour on its first day.

The leading member of the NDC noted that the gun was licensed and justified that he carried it along because he didn’t feel safe.

He also pointed out that it is not against the law to carry a licensed gun during a protest.

In an interview with the media, he recounted how he “nearly lost” his wife and child after someone shot them, an incident he said, compelled his wife to flee with his children, abandoning him behind.

No law prevents me from carrying a licenced weapon on a demonstration for my protection – Joshua Akamba, NDC National Organiser and Arise Ghana Group member  pic.twitter.com/Z8ERFoNw8k 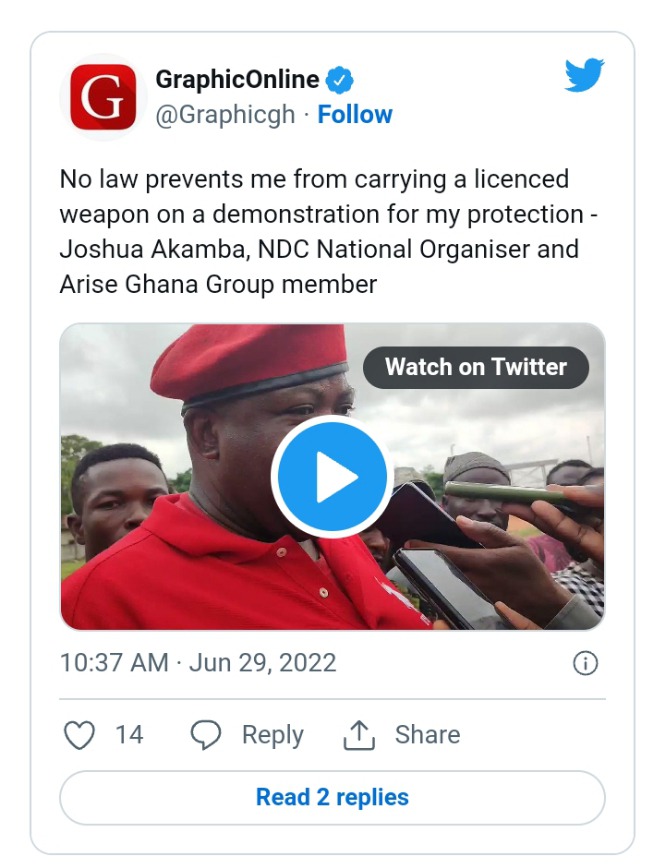 The Ghana Police Service says it has advised him to put the gun away.

“The Police have spotted a demonstrator, Joshua Akamba with a weapon among the crowd of demonstrators gathered around the El-WakStadium, today, 29th June 2022. He was duly advised by the Police to put the weapon away after his attention was drawn to the illegality associated with such an act.”

Additionally, he was also urged to notify other demonstrators to desist from carrying offensive weapons during the demonstration, which he did. 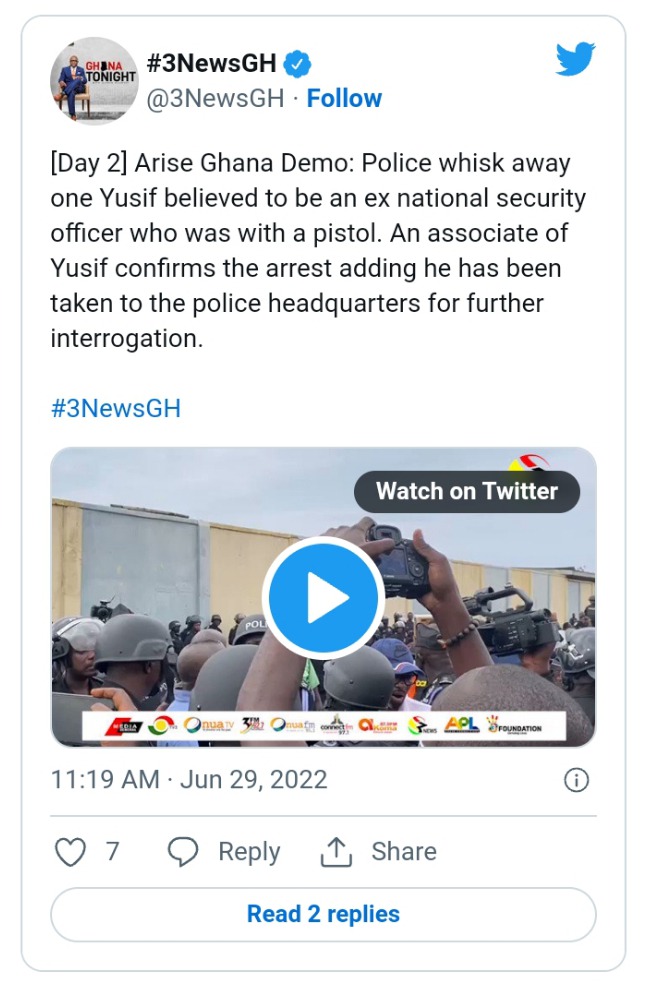