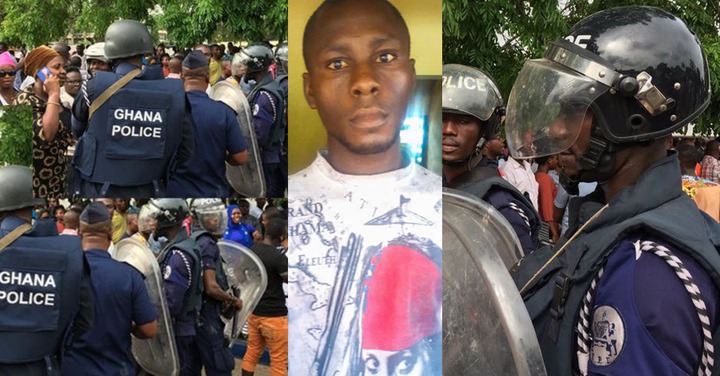 The Ghana Police Service is not giving any chance to armed robbers and other criminals scattered around the country. Their intelligence has increased since one of the officers, Constable Emmanuel Osei was killed by armed robbers.

They have been organizing series of swoops to make life unbearable for the criminals. Most of their hideouts in the Ashanti and Greater Accra Regions have been raided with most of the suspects being arrested. It seems they are not ready to give up now.

Already, we have been told that the visibility of the police will soon be felt in our communities and most streets. This has been the wish of the citizenry and the police must be hailed. As they are being commended for their constant arrest of armed criminals recently, another announcement has been made.

This time around, some Kidnappers have been apprehended. They are accused of kidnapping one Cornelius Doe Negble in the Volta Region of Ghana. The two, are thirty-year-old Hunor Kofi who is popularly known as Ando Kofi, and Anani Koko who is also twenty-three years. According to a post made by the Ghana Police service moments ago, the two have been on the police wanted list for a while now but God being so good, alarm blew and they were arrested at their hideout at a town near Lome in Togo. 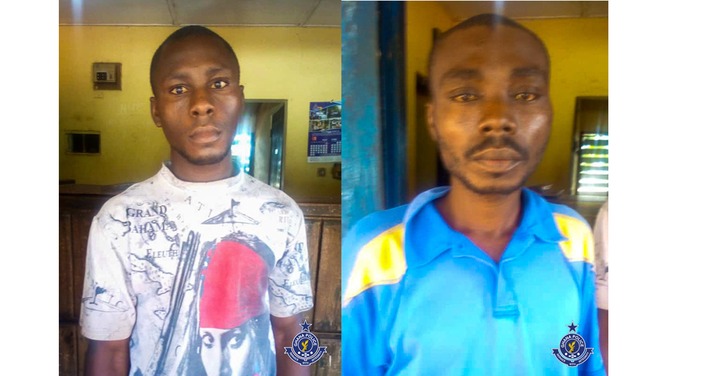 But the Police seem unsatisfied because one more suspect is left to be arrested. The third suspect, whose name has been given as Morris Etse is currently on the run. However, the police have warned that they know his hideout and are coming for him. They have urged him to surrender in peace before they storm his hideout with force. According to the Police, they are already aware of his hideout and efforts are underway to grab him soon.

The best advice for Morris Etse, the stubborn criminal is to surrender in peace. Once his colleagues have been arrested, he cannot run far. The worse situation is that it was Interpol that handed over his colleagues to the Ghana Police and they are capable of fishing him out soon. 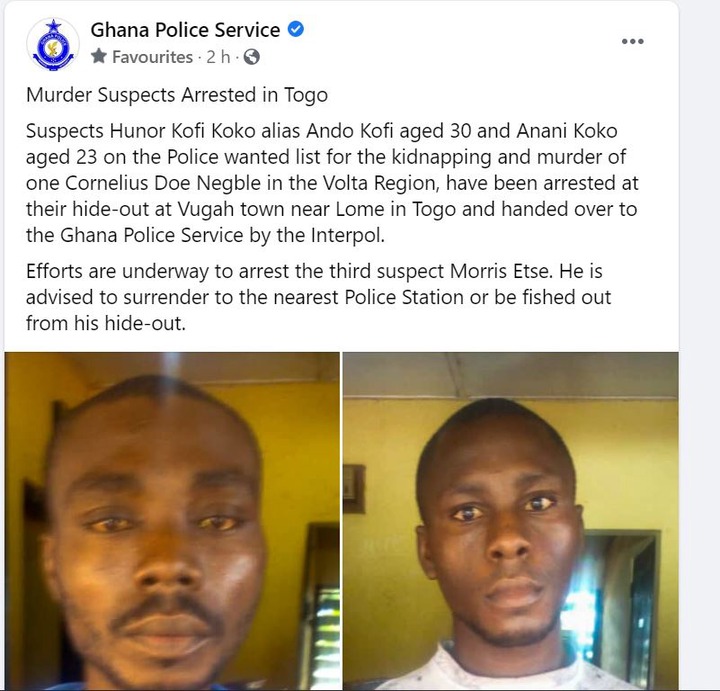 Let’s commend the Ghana Police Service for the efforts instituted recently to clamp down on criminals in the country. We must offer them the necessary support to make the entire country safe from armed robbers. In the meantime, the government must fulfill its part of the bargain by providing the needed safety tools for the police. Street lights just as well are installed at places to scare the armed robbers.